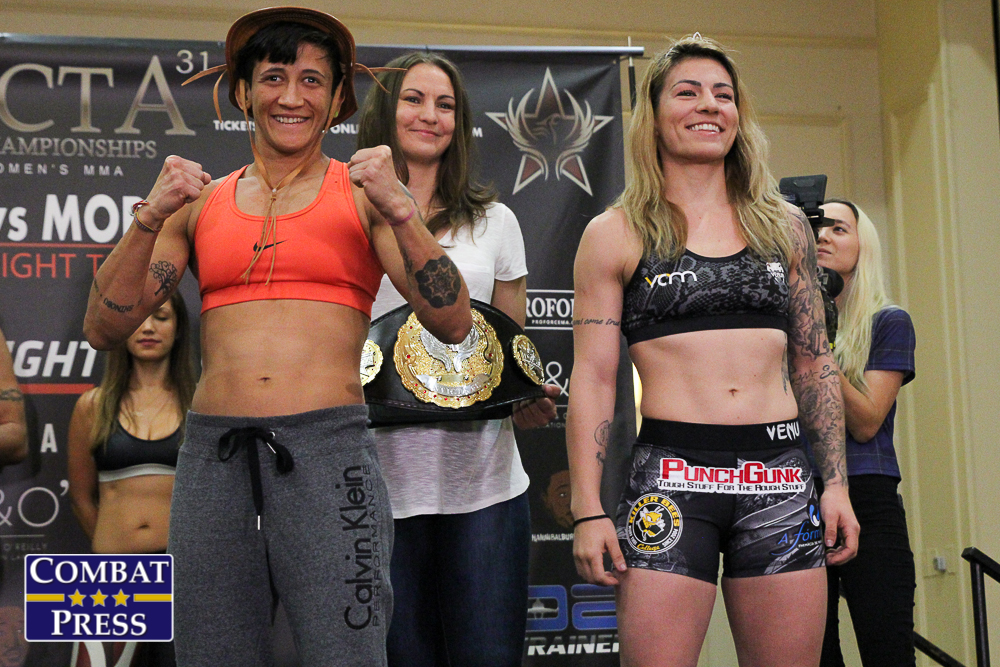 The eight-fight event kicks off at 8 p.m. ET with a lone bout streaming on the promotion’s Facebook page and UFC Fight Pass. The remaining seven bouts continue on UFC Fight Pass.

The fighters hit the scales on Friday, Aug. 31. Below is a photo gallery of the action shot by Jeff Vulgamore of Combat Press. Click an image for a larger version.