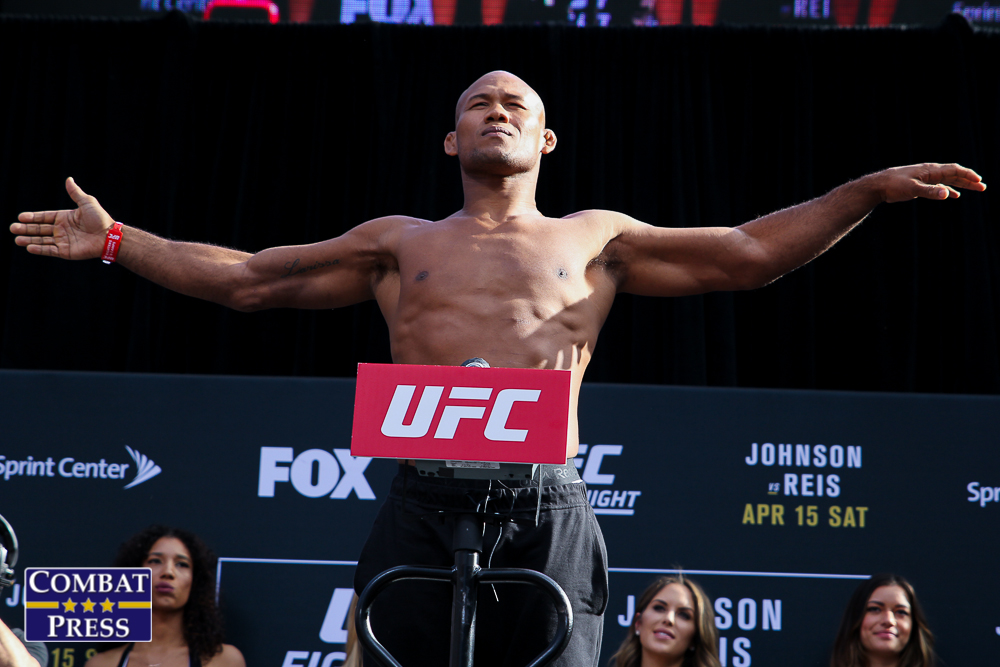 UFC on Fox 27: Jacare vs. Brunson 2 Weigh-in Video and Results

On Saturday, Jan. 27, the UFC will host UFC on Fox 27: Jacare vs. Brunson 2 from the Spectrum Center in Charlotte, N.C.

In the night’s main event, middleweight contenders Ronaldo “Jacare” Souza and Derek Brunson meet for a second time. The pair met previously under the Strikeforce banner, with the Brazilian Souza knocking out Brunson in just 41 seconds. Souza will look to rebound from a second-round TKO loss to current champion Robert Whittaker in his last outing. Brunson, meanwhile, rides of the momentum of back-to-back knockout wins over Lyoto Machida and Dan Kelly.

The 12-fight event kicks off Saturday with two fights streaming live on UFC Fight Pass at 4 p.m. ET. Six additional preliminary-card bouts air live on Fox Sports 1 at 5 p.m. ET, followed by the four-fight main card at 8 p.m. ET on Fox. Check back following the event for the full results.