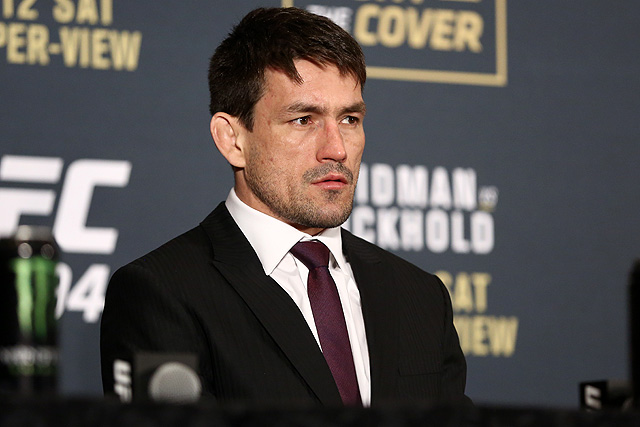 Some call Demian Maia the last “specialist” left in the sport of mixed martial arts. It’s with good reason, too. Maia, a former UFC middleweight and welterweight title challenger, is a fourth-degree Brazilian Jiu-Jitsu black belt and a highly decorated grappler. He has performed with the highest level of jiu-jitsu seen in the history of the sport. It’s quite fair to say that he has brought himself all of his success through the use of his jiu-jitsu skills.

Maia’s resume is impressive. Even before moving down to the welterweight division, he had defeated the likes of Jorge Santiago, Kendall Grove, Dan Miller, Chael Sonnen, Nate Quarry, Jason MacDonald and Ed Herman at middleweight. He even fought for the title against the greatest middleweight of all time, Anderson Silva. Though the fight wasn’t as pleasing as the fans nor Maia wanted it to be, the point is that Maia was a damn good middleweight.

Maia then went on a tear after he moved down to the welterweight division. He beat Dong Hyun Kim, Rick Story and Jon Fitch before a pair of decision stumbles against top 170-pounders Jake Shields and Rory MacDonald. He resumed his winning ways and scored dominant victories over Neil Magny, Gunnar Nelson, Carlos Condit and Matt Brown en route to a seven-fight winning streak. Not many knew who could stop Maia’s run, which was simply a steamrolling repeat of takedowns and chokes.

Maia earned his second title shot in the UFC against champion Tyron Woodley at UFC 214. It seemed like Maia was capable of doing to Woodley what he did to 10 other guys at welterweight. However, Woodley was different. The champ was strong enough to fend off Maia, and he had the skills to keep his distance and cause Maia to fail on an astounding 21 takedown attempts.

Many people hated Woodley’s performance in that fight, but nobody could deny how impressive it was to see Woodley completely stop the Brazilian in his tracks for 25 minutes.

Then, Maia took on another fight that many people thought he could win. He met Colby Covington at UFC Fight Night 119. Covington at the time was looking for ways to break into the top five. A win over a recent title contender like Maia was sure to get Covington what he wanted. Surprisingly enough, Covington had a breakout performance and dominated Maia for three rounds. Covington got on the mic to do some extra work after the drubbing of Maia, which surely pissed off the Brazilian crowd.

Now, Maia is set to take on the very dangerous Kamaru Usman, who’s also looking to break into the top five. Maia accepted the fight on just three weeks’ notice after Santiago Ponzinibbio withdrew from his scheduled encounter against Usman.

Maia is putting a lot on the line here against Usman. With another loss, the Brazilian will fall outside of the top five. It will also mean a third straight loss for Maia for the first time in his career. This almost guarantees that Maia will not be back in the top five ever again, let alone receive another title shot. In the most extreme case, his May 19 date inside the Octagon might be Maia’s last UFC appearance.