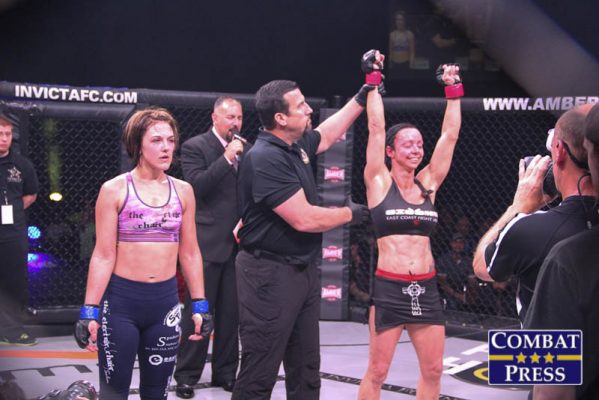 Remember the Seinfeld episode where Kramer posed the idea of a pizza place where you can make your own pie? In a very funny scene where Papi and Kramer debate the topping choices, it becomes apparent that not everyone agrees on what they like on their pizza.

Well, pizza has come a long way in the last three decades. What used to be an easy choice between pepperoni, veggie, hamburger, combo and so on, has turned into a debatable topic on what you can or can’t put on your pie. With the onslaught of potential toppings in recent years, the choices have become mind-boggling. However, the choice is not that tough for Legacy Fighting Alliance flyweight contender Shannon Sinn.

“Immediately after I fight, my go-to is always pizza,” Sinn told Combat Press. “I’ll get an entire large pizza for myself. That’s what I crave all through fight camp. I’ll take care of that after my fight. I’m not even picky; I’ll eat cheese pizza. I’m one of those that likes pineapple. I’m not picky. I’ll get it from anywhere. Everything sounds amazing.”

Papi may not agree with her choice of pineapple as a topping, but Sinn doesn’t care about that. The 39-year-old is focused on one thing, and it’s not devouring a large pie. She would much prefer to devour her opponents for her remaining years as a pro fighter.

Sinn came onto the local scene in Colorado fairly late in terms of her age. She has 10 pro fights under her belt, and she’s only been at this level for four years now. This weekend, at LFA 37 in South Dakota, she will finally take part in her second fight for the promotion. The bout also marks the chance to fight for her first professional title when she faces Sabina Mazo in the evening’s co-headliner.

“I’ve kept in touch with [Legacy] since my first fight, just letting them know I was continuing to train and if they ever needed me for any last-minute opportunities, I would be ready,” Sinn explained. “Or, if they could just get me on a card, I would love to fight for them again. They called a couple times between my fight with Katy [Collins] and this fight, and the opponents they were working for just turned down the offer. So, when they called, I was kind of waiting for them to call, but this opportunity was a big surprise.”

As an amateur, Sinn won and defended the Sparta Combat League flyweight title. However, since turning pro, she’s had a tough time stringing two wins together. However, between three Invicta FC appearances and numerous local shows, she has mostly faced very stiff competition. In September, she won a decision over Collins in her LFA debut and followed it up with a knockout of Heather Bassett in January. Finally on a roll, Sinn is very confident about her upcoming bout against Mazo.

“I feel like this is a great match-up for me,” Sinn said. “I have a lot more fight experience than her. I’ve got 10 fights, and I’ve been through pretty big wars, so I think that’s going to do a lot for me going into this fight. I’m also confident in my stand-up against her.

“She’s a great up-and-coming fighter. She’s young. She’s got a lot ahead of her. Obviously, she has great stand-up, and I know she’s well rounded with a good ground game. She’s a great opponent.”

The Columbian Mazo is currently 4-0. Her last two fights ended in knockouts in the LFA cage.

“On paper right now, I’m the underdog,” Sinn said. “I plan on showing everyone that they won’t be choosing me as that next time. I’m training hard for this. I believe this is my time.”

In addition to her career in the cage, Sinn owns Grinders Fitness in the Denver suburb of Northglenn. This is where she does most of her training. The Denver area has a lot of great training partners to help her get ready for the fight, too. She has effectively been in camp since last fall.

“Right now, my entire focus is that belt,” Sinn admitted. “I’ve been training three times a day. I’m working with clients. I’ve really just been deep in the gym these past couple of months. Even before I got the call for Sabina, I had signed a contract to fight locally for Sparta Combat League.

“My ultimate goal is to make it into the UFC. Winning this belt would be a huge step for me to move in that direction, so that’s the initial focus right now. I need to get that belt, probably defend it, and get that call up to the UFC. I’m an older fighter, so I know my window — as far as fighting goes — is smaller, but I’m healthy, I’ve got quite a few good fights in me still, training is going well, and I’m not at the end yet.”

Sinn knows what an LFA title means in the grand scheme of things. In the last few years, the organization, and its origins in the Resurrection Fighting Alliance and Legacy Fighting Championship, have sent dozens of champions to the UFC, which makes this opportunity all that much more important. However, Sinn is also looking forward to a bit of down time as well.

Pizza may not be the only thing she’s looking forward to after the fight, but there is only one focus right now. She wants to secure the LFA women’s flyweight belt.

On Friday night, live on AXS TV, LFA 37 lands at the Sanford Pentagon in Sioux Falls, S.D., for an exciting night of fights. If everything goes as planned, Sinn will have her belt and eat some pizza too.