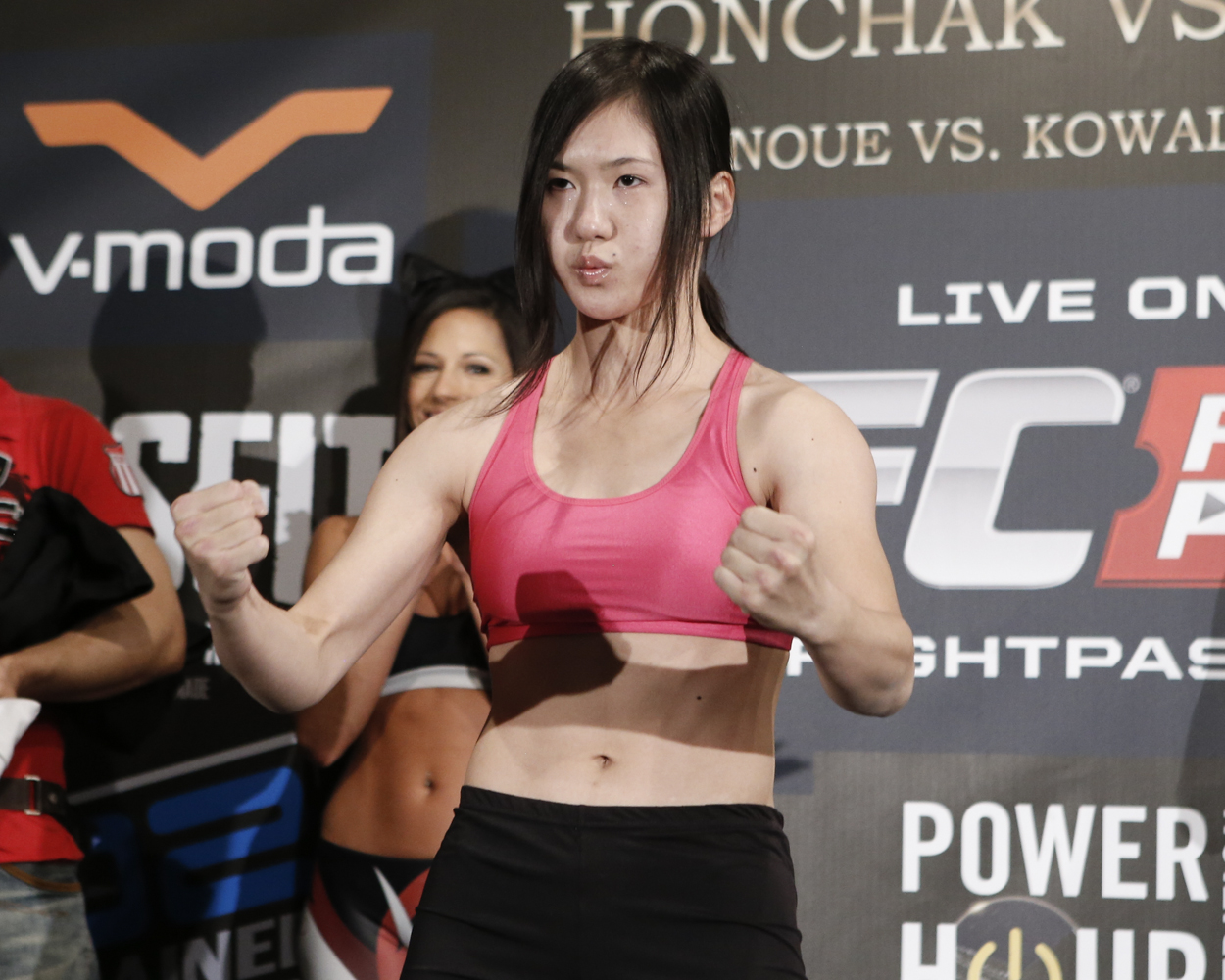 In the night’s main event, Japan’s Mizuki Inoue will meet Brazil’s Virna Jandiroba for the vacant strawweight title. The former Deep Jewels champion Inoue is currently riding a four-fight winning streak, with the last three coming via submission.  With recent wins over Lynn Alvarez and Lacey Schuckman, she has secured her spot at the top of the strawweight division.  Jandiroba is coming in undefeated in her 12-fight professional career.  In her Invicta debut last December, she tapped out Amy Montenegro in the first round.

In the night’s co-main event, DeAnna Bennett, fresh off a majority draw against Melinda Fabian at The Ultimate Fighter 26 Finale, will be taking on fellow Invicta veteran Karina Rodriguez. Bennett made it to the quarterfinals of TUF 26, before getting knocked out by eventual season finalist Sijara Eubanks. Rodriguez is on a three-fight winning streak with her latest win coming over Christine Ferea in December.

The fighters will hit the scales at 7 p.m. ET on Friday, March 23. A video of the action appears above (courtesy of Invicta FC), while the results appear below.