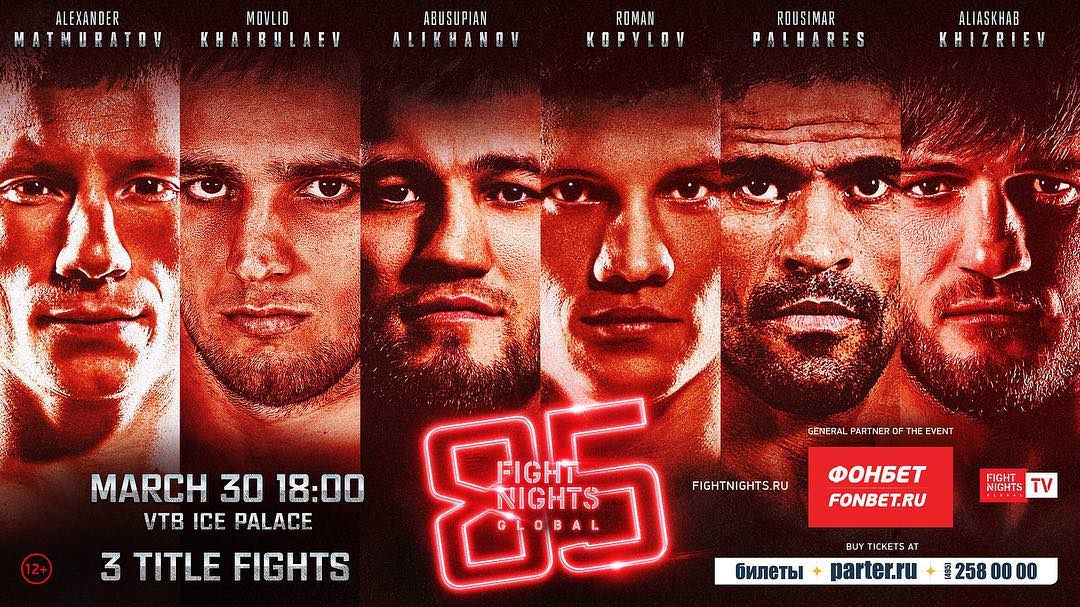 In the night’s main event, middleweight champion Abusupyan Alikhanov put the belt and his nine-fight winning streak on the line against fellow combat sambo practitioner Roman Kopylov, who remains undefeated with seven victories in his professional MMA career.