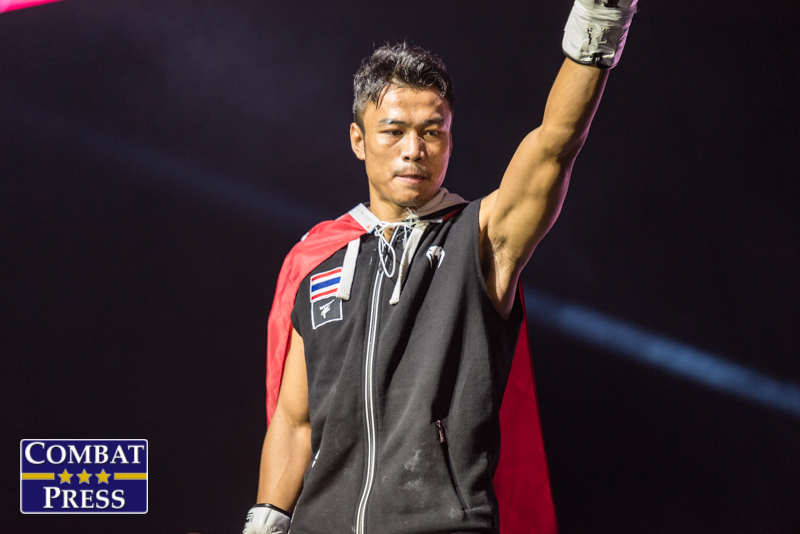 As with every year in the world of kickboxing, the “Knockout of the Year” award is the toughest to decide. The resurgence of kickboxing over the years following the initial fall of K-1 has spread the talent all over the globe and created high-level competition worldwide. With more competition comes more highlight-reel, trauma-inducing knockouts from the fighters.

The list of highly technical and dramatic knockouts starts with the 22-year-old Japanese prospect Rukiya Anpo, who scored two knockouts that feature on the list below, including his jumping switch kick against Hiroshi Mizumachi and the flying knee that ended Deng Zeqi in the first round. Top-10 featherweight Qiu Jianliang scored two spinning-kick knockouts against Kem Sitsongpeenong and Subsakorn, and Eddy Naït-Slimani landed his own jumping spinning kick against Antoine Habash. “Mr. Lightning” Lerdsila PhuketTopTeam destroyed Jacob Hebeisen in a flash with a lightning-quick, question-mark kick at Lion Fight 36. Masaaki Noiri landed a series of body shots, knees and finally a brain-scrambling head kick against Diego Freitas at Krush.79.

The knockout that ultimately made its way to the top features the consensus top kickboxer today, Sitthichai Sitsongpeenong, and one of the more popular fighters in China, Yi Long. Sitthichai is the current GLORY lightweight king and holds victories in 56 of his past 60 fights, including wins over all of the opponents to defeat him in that stretch. Sitthichai’s resume truly stands above even the best kickboxers in the world with victories over GLORY champions Robin van Roosmalen, Murthel Groenhart and Davit Kiria, Kunlun Fight champions Marat Grigorian and Superbon Banchamek, and a who’s who of top-10 opponents including Chingiz Allazov, Fabio Pinca, Enriko Gogokhia, Abdellah Ezbiri, Andy Souwer, Dzhabar Askerov, Mohamed Mezouari, and the list goes on. Sitthichai once again delivered a year worthy of “Fighter of the Year” consideration, a year that culminated in his much talked about bout against Long.

After the start of the bout, it was clear who was going to win. Sitthichai’s technical striking ability from southpaw is worlds above Yi Long’s brawling, take one-to-give one style. Sitthichai used his jab to set up his step left knee, left straight, and frequently used left middle kick. Yi Long was surviving enough to try and throw back, but he was over-matched when the expert Thai fighter started to turn up his aggression and volume. Long continued to miss while Sitthichai pressed forward landing counter knees and punches. Something clicked for Sitthichai early in the second round. As if he knew a finish was possible, Sitthichai moved forward and landed one more fight-ending left head kick that sent Long crashing to the floor, hitting every rope on the way down. The popular Chinese figure couldn’t make the count. Sitthichai ended the hype with one well-placed strike to win the Wu Lin Feng 70-kilogram title and this year’s “Knockout of the Year” award.