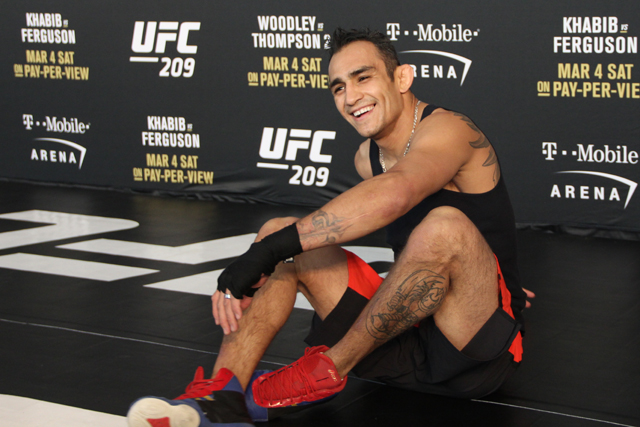 On Saturday, Oct. 7, the UFC hosted UFC 216: Ferguson vs. Lee from the T-Mobile Arena in Las Vegas

In the night’s main event, an interim lightweight champion was crowned as The Ultimate Fighter winner Tony Ferguson took on Kevin Lee. Ferguson, who had yet to compete in 2017, rode a lengthy, nine-fight winning streak into the title affair. He most recently defeated former titleholder Rafael dos Anjos. The 25-year-old Lee, meanwhile, also rode a wave of momentum into the night’s headliner. He most recently submitted Michael Chiesa in June to extend his winning streak to five.

Gold was also on the line in the co-main event as long-reigning flyweight kingpin Demetrious Johnson faced Ray Borg. The pair were scheduled to met at UFC 215, but Borg was forced out of the bout due to illness during fight week. Johnson looked to break Anderson Silva’s record for most consecutive title defenses with a victory.