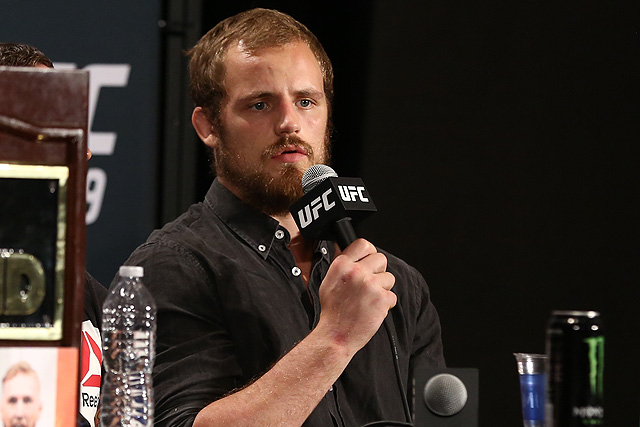 On Sunday, July 16, the UFC will host UFC Fight Night 113: Nelson vs. Ponzinibbio from the SSE Hydro in Glasgow, Scotland.

In the night’s main event, Icelandic grappling ace Gunnar Nelson takes on Argentinian knockout artist Santiago Ponzinibbio. Nelson enters the match-up having scored back-to-back submission victories over Alan Jouban and Albert Tumenov. Twelve of his 16 careers wins have come via tapout. Ponzinibbio, meanwhile, has won four straight fights. A veteran of The Ultimate Fighter: Brazil, the 30-year-old has gone 6-2 over the course of his eight Octagon appearances.

Above is live video of the event’s post-fight press conference which kicks off approximately 30 minutes after the main event between Nelson and Ponzinibbio comes to a close (courtesy of the UFC).