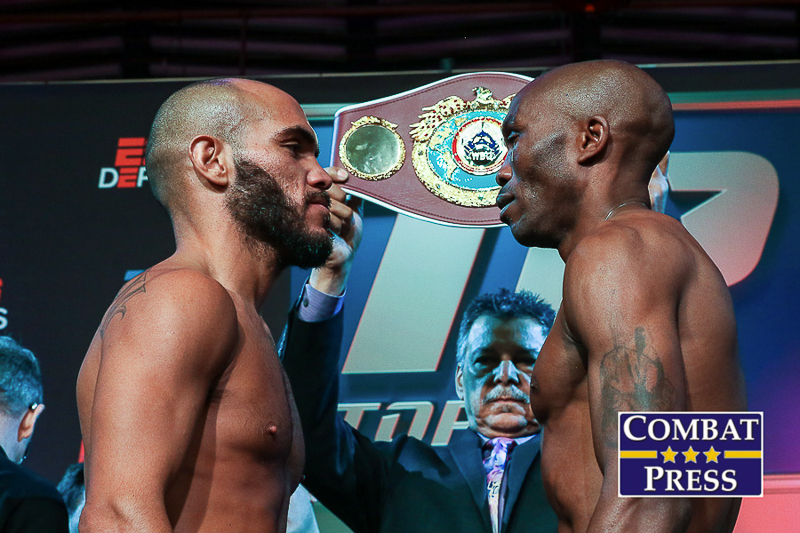 Both title fights will be televised live at 9 p.m. ET on ESPN.

Below are the results of the event’s weigh-ins, as well as a photo gallery shot by Amanda Armstrong of Combat Press. Click an image for a larger version.