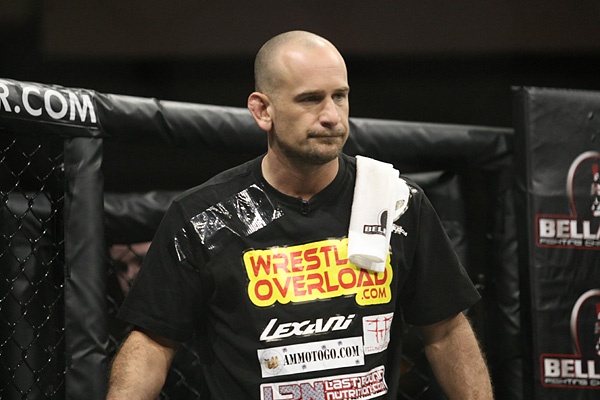 Matchmaking is really one of the main keys to running any professional combat-sports organization. Outside of the talent, the people who make the fights are the single most important individuals associated with any organization. They help guide the careers of every fighter who comes into the promotion. The care, focus, professionalism and progressiveness — or lack thereof — that they show in regards to any particular fighter can essentially make or break them.

If a fighter comes into an organization, it benefits the fighter because he has made it to the “big show,” where in theory he will face better competition than he has previously encountered. This will result in bigger paydays and a bigger platform to perform on, which in turn helps crossover and sponsorship opportunities. On a personal level, it provides the fighter with a chance to find out how good they are and essentially legitimize their career, regardless of the financial outcome. Making it to the “big show” matters. Winning matters more. Winning at the highest level and becoming a champion matters most. All three things can be a source of pride as an individual, as a martial artist, and as a businessman/professional.

The Impact of Matchmaking

Camps benefit from matchmaking, because part of a camp developing a brand is exposure, exposure is based on how many platforms you can get on, and the best exposure comes as a result of performing consistently and at a high level. A camp that has a lot of good fighters who compete purely at a regional level or lower have a hard cap on their exposure and how they are perceived by the larger community.

This changes if and when a fighter makes it to the top national/international organizations, such as the UFC or Bellator MMA. Once one fighter gets into the show, assuming they can win or engage in exciting fights, then it is more likely that the team will have more opportunities to send other fighters into the organization. Once a team has a reputation for creating fighters who compete in top-tier events, it increases the popularity of the gym as it pertains to the general public and in the MMA community.

Think about how Conor McGregor’s success impacted SBG Ireland’s fortunes. Think about how the rise of Keith Jardine and Diego Sanchez changed the narrative on Greg Jackson. Benson Henderson’s success was a big benefit to the MMA Lab. Not only did these men affect the bottom line, they changed the career arc of other fighters at the gym who, by being a part of the camp, were allowed better opportunities.

When you have a former champion or high-ranked fighter speaking on your behalf, be it through words or actions, it’s a hell of a lot easier to land in the UFC or Bellator. Ask yourself how many guys Team Alpha Male has in the top organizations. How many top prospects have come through their doors because this camp produces guys who get to compete at the highest levels in the biggest organizations?

For a promotion to stand out as the best, it has to attract the best talent. If an organization doesn’t have the talent, then it can’t really make the kind of money that comes with TV deals and live gates. The organization can’t develop a brand, either. However, talent moves. Worse yet, talent gets mishandled all the time. If the matchmakers don’t know how to develop, gauge and maximize talent, then the promotion runs the risk of ruining and squandering fighters or completely missing out on their services.

Without a skilled matchmaker, a promotion can’t create the fights that stand out in a market flooded with fights. They also can’t draw attention to the fights and the fighters. When these things happen, organizations lose momentum, talent and interest from the public.

The Types of Fights

There are two types of fights: fun fights, where the fights are focused on providing action, dramatic swings and spectacular, and in some cases brutal, finishes. These fights don’t really shape divisions or determine champions. They are there to bring in fans, create repeat customers and make money. Then there are the important fights. These contests don’t have to be exciting, compelling or have any of the other markers of the fun fight. Instead, these fights have high stakes. A ranking, contendership or championship will be won or lost in these affairs.

What Good Matchmakers Do

Good matchmakers blend both types of fights into a card. It is a must for a promotion. It helps build new stars, maintain fading stars, spur ratings, impact rankings, make money and establish the promotion’s brand.

The best matchmakers create fights that are a combination of high stakes and fun action. They find a way to set up fights that create an opportunity for a journeyman to develop a fanbase and work his way into title contention or a top-10 ranking — the UFC’s Matt Brown is a perfect example — or they find a way to maneuver a faded veteran into position to slowly grow, improve and eventually challenge for a title — Michael Bisping comes to mind. They might also find a way to take a limited prospect and keep him busy with a variety of types and talents which force him to round out his game, stay sharp and eventually dethrone a legend. They could also take a fairly limited name fighter and give him the fights that turn him from a popular fighter into must-see TV — think of someone like Nick Diaz.

The best matchmakers can create pathways and opportunities to maximize a fighter’s potential. They can’t control the results, but they can influence the circumstances and give talent, regardless of level, the opportunity to blossom.

Matchmakers will follow one rule almost all of the time. They create fights where we will learn something about both fighters. We might find out someone is a frontrunner. A fighter might be revealed as one-dimensional, or having no cage IQ. Maybe we see that a fighter can’t make in-fight adjustments. Perhaps the fighter has a good or bad corner.

A true matchmaker isn’t just trying to make money. He or she is trying to prove, disprove or establish a narrative about a fighter. In the best fights, we learn whether what we thought about a fighter is true or false. In the best cases, we find out something we hadn’t really considered. That is what creates the biggest upsets and the all-time performances, which in turn change the course of a fighter and/or a promotion. Think of how the war between Jon Jones and Alexander Gustafsson revealed that Jones has championship mettle, not just championship skill and ability, or how the clashes between Nate Diaz and the aforementioned McGregor showed that maybe the “Notorious” one needed to take some specific steps to be at the world-class level.

What Bad Matchmakers Do

A matchmaker can hinder a fighter by putting the fighter in meaningless fights that don’t significantly move them up the rankings. The impact of this type of matchmaking is twofold. It doesn’t tell us anything about the fighter that we didn’t already know. It isn’t good for the fighter’s development either, nor for the long-term financial return the organization gets back.

Fighting is a sport, but, like all sports, it’s theater. Part of the pleasure in observing is finding out what will happen when someone goes up against a certain style, talent level, or experience level. When these factors are erased, it kills any momentum, excitement or legitimacy a fighter has with fans, media and other fighters. Worse yet, it kills their ability to grow. They aren’t learning or improving, because they aren’t being pushed. When they are in certain spots, they will be exposed.

Bad matchmaking can ruin veterans, too. A matchmaker can put a vet in too tough a spot and waste the last vestiges of celebrity they have, on top of having them lose against people with no hope of developing past a certain level. Matchmakers can’t control results, but they can control the circumstances and the match-ups.

Matchmaking establishes, builds or ruins the careers of fighters, camps and organizations. As easy as it is to overlook this aspect of MMA, the cards and fights you love just don’t happen without good matchmaking.