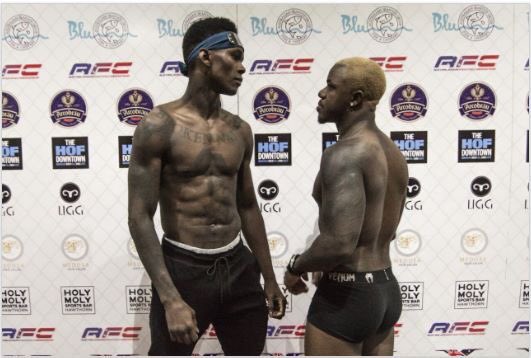 In the main event of the evening, top-10 middleweight kickboxer Israel Adesanya returned to the cage against former UFC lightweight contender Melvin Guillard. Adesanya is undefeated in his professional MMA career while competing at the highest level in the sport of kickboxing with GLORY and Glory of Heroes. Guillard has hit hard times as of late, with losses in his past five fights.