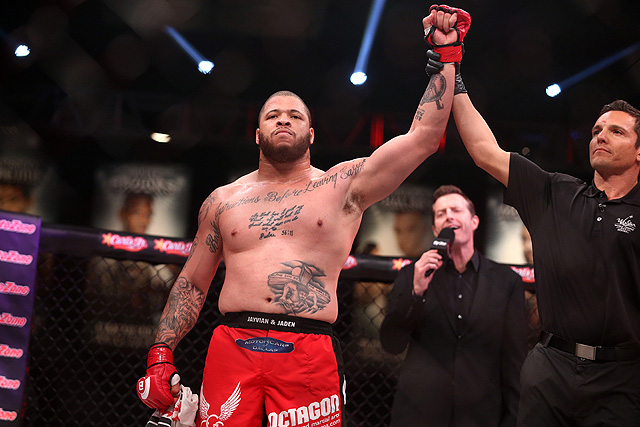 UFC’s Rashad Coulter: The Story of the ‘Daywalker’

I never bought into the hyperbole of people saying things like, “There is no loser in this fight,” or, “Everyone’s a winner tonight.” Then I watched the “Fight of the Night” on UFC 211 between Chase Sherman and Rashad Coulter. Even though “The Daywalker” came up short in the fight, he opened a lot of eyes and won over a ton of fans.

So, what did the UFC tell Coulter after his war with Chase Sherman?

According to Coulter, they told him that’s exactly what they’re looking for — guys to go out there and bang and leave it all in the Octagon.

This is exactly what Coulter did in his UFC debut. He literally could not stand in the closing seconds of his fight.

Coulter revealed that he tore his quad muscle in two places just two minutes into the first round of his fight against Sherman.

“It’s not that I don’t know how to check leg kicks, but I was physically prohibited from doing it,” said Coulter.

It’s remarkable, then, that Coulter would last another seven minutes in the Octagon. But alas, he did. Coulter rallied in round two and nearly completed the comeback knockout win. However, as Coulter explained, he just couldn’t sit on his punches due to his quad injury. He promised that he has more power than what he was able to show in his debut. Now that’s a scary thought.

So, where did Coulter get his nickname, “The Daywalker”?

Lawal told Coulter that he is the lightest-skinned black guy ever, like a vampire. So, King Mo coined the nickname “The Daywalker.”

Coulter’s immediate plans are to rest up, get back to 100 percent and then get another fight. If he was able to put on that kind of show with one leg and no training camp, just imagine what a healthy Coulter can do with a full fight camp.