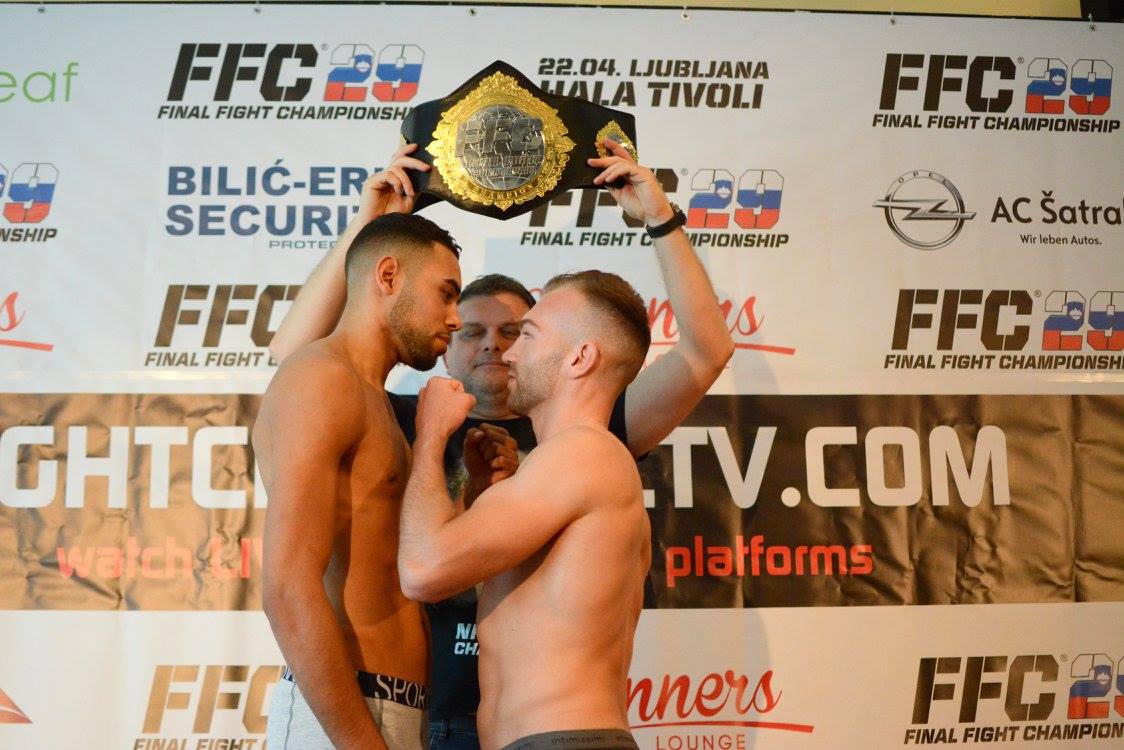 On Saturday, April 22, Final Fight Championship headed to the Hala Tivoli in Ljubljana, Slovenia for FFC 29: Champion vs. Champion.

In the evening’s main event, FFC lightweight champion Samo Petje moved up in weight to challenge welterweight king Eyevan Danenberg for the FFC welterweight title. Danenberg was undefeated in his five fights under the FFC banner. Petje had won nine of his 11 FFC bouts.