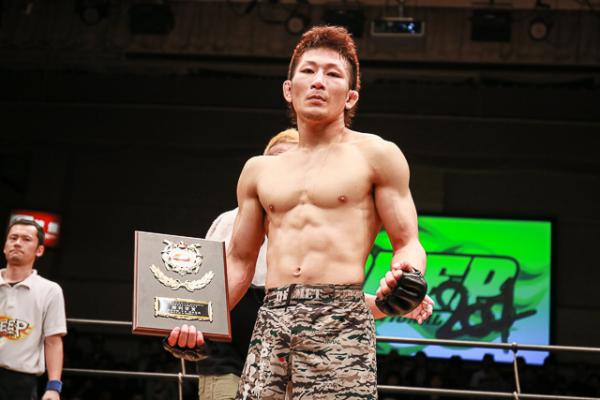 In the main event of the evening, former DEEP flyweight champion Yuki Motoya returned to fight former DEEP bantamweight champion Daiki “DJ.taiki” Hata. Motoya successfully returned to the promotion with a win over Dong Hyuk Ko at DEEP 77 Impact in August. Motoya is widely regarded as one of the best flyweights in Japan. Hata fell short in his bid to earn a UFC contract when he lost to Mizuto Hirota in the Road to UFC: Japan series in 2015. Hata returned to Japan in a losing effort against former DREAM featherweight champion Hiroyuki Takaya at the first RIZIN event in 2015.

In the co-main event of the evening, the inaugural DEEP strawweight championship belt was handed out to the winner of the four-man grand prix that started in June. Former DEEP flyweight title challenger Sota Kojima met Kanta “Kang” Sato for the right to become the first DEEP strawweight champion. Kojima defeated Pancrase 52-kilogram tournament champion Hiroyuki Abe to earn his place in the final. Sato squeaked by top strawweight Haruo Ochi to move on in the tournament.