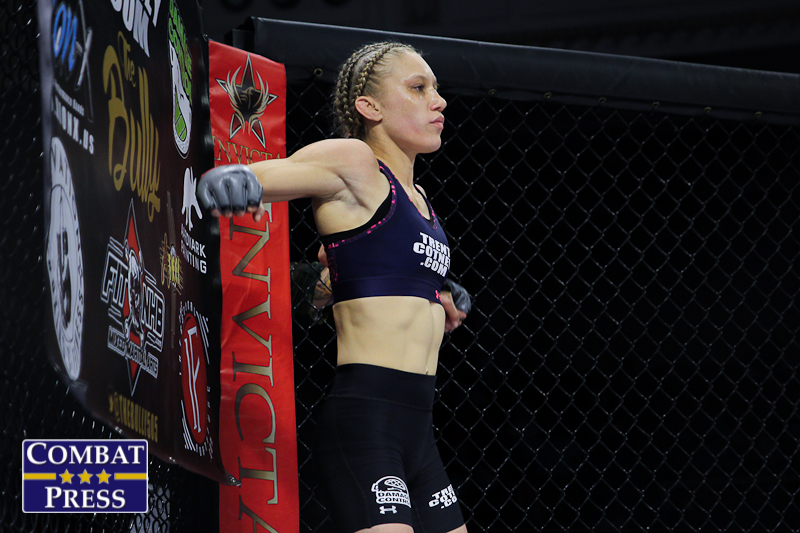 The fight card for Invicta Fighting Championships 22 is complete.

Today the promotion announced the final two additions to the eight-fight event which takes place Saturday, March 25 from the Scottish Rite Temple in Kansas City, Mo.

Former atomweight title challenger Amber Brown returns to 105 pounds to welcome Ashley Cummins back to the Invicta FC cage. Brown’s last outing came at strawweight at Invicta FC 20, where she fell victim to a second-round armbar against current UFC fighter Ashley Yoder. The 29-year-old Cummins is a four-time Invicta veteran who last fought under the Bellator MMA banner.

In addition to the atomweight match-up, the card has gained a featherweight bout between undefeated Felicia Spencer and promotional newcomer Madison McElhaney. Florida’s Spencer made her pro debut at Invicta FC 14, scoring a first-round stoppage of Rachel Wiley in a lightweight contest. McElhaney, a former gymnast, made a successful professional debut in December.

Invicta FC 22 will be headlined by a bantamweight title rematch between champion Tonya Evinger and Russian challenger Yana Kunitskaya. The event streams on UFC Fight Pass at 8 p.m. ET.