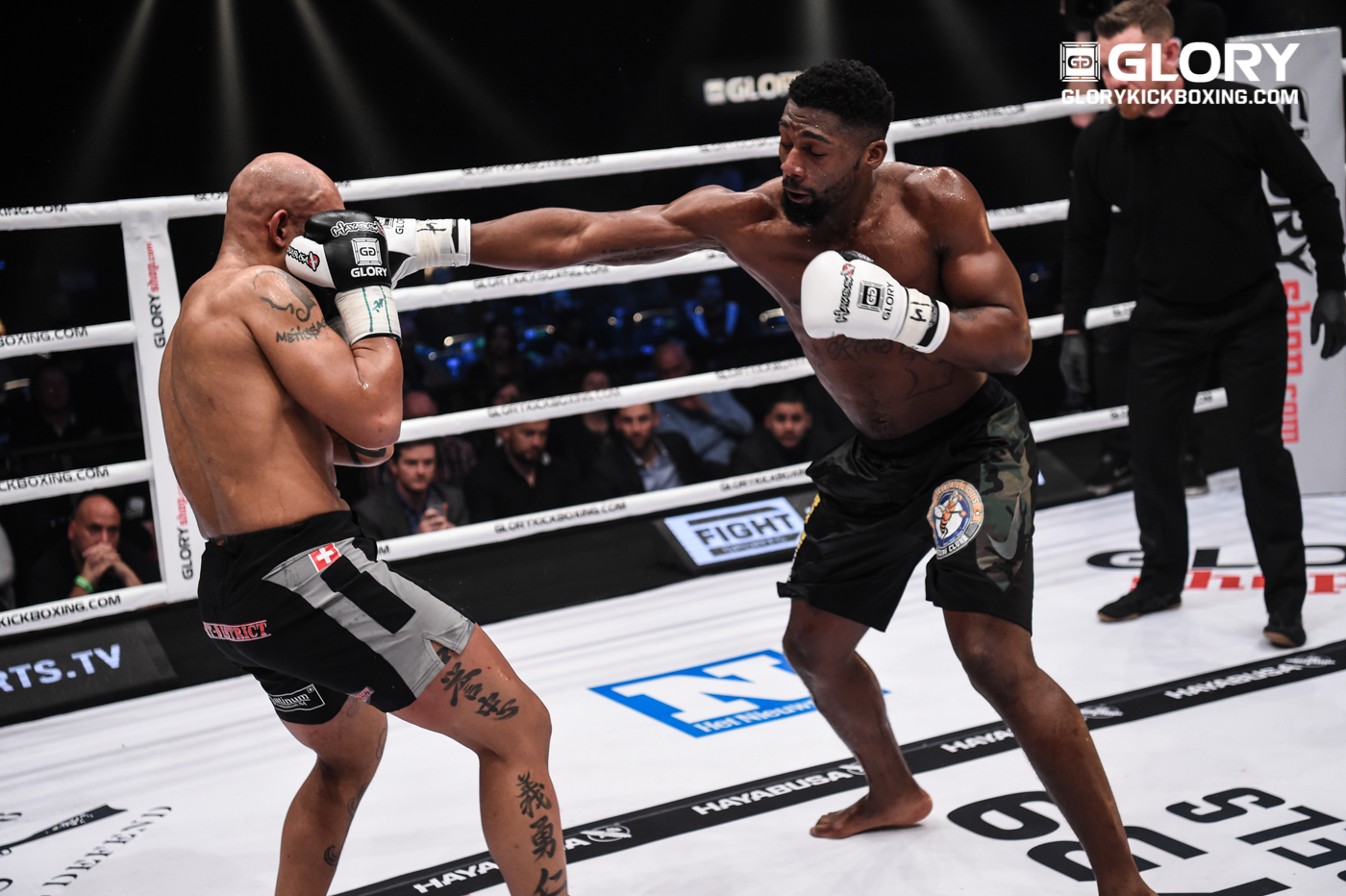 The heavyweight division was relatively quiet in the month of March. A pair of top-10 fighters were in action at GLORY 39 in Brussels, though. Jamal Ben Saddik topping Brazilian Guto Inocente by unanimous decision. With the win, Ben Saddik vaults into sixth in our rankings, while Inocente narrowly holds onto the No. 10 ranking.

No fighters in the top 10 were in the ring in March, so the rankings remain unchanged.

One of the biggest wins of the month came in the middleweight division, where Brazil’s Alex Pereira stopped recent GLORY title challenger Israel Adesanya by knockout at Glory of Heroes 7 in Brazil. As a result, Pereira climbed to No. 3, while Adesanya fell to fifth. Ninth-ranked Alexander Stetsurenko dropped a decision to Cyril Benzaquen at ACB KB 9: Showdown in Paris, but retains his ranking due to his body of work. No. 10-ranked Hicham El Gaoui picked up a pair of wins over Joey Smits and Boubaker El Bakouri at Enfusion’s Kickboxing Talents 29 event in Eindhoven.

The trilogy fight between Cédric Doumbé and Yoann Kongolo at GLORY 39 was a far cry from the previous two meetings. Cameroon’s Doumbé continued his wave of momentum from 2016, outclassing his Swiss opponent and cruising to the unanimous decision win. Doumbé remains atop the division, while Kongolo stays at No. 5.

The world’s best kickboxer, Sitthichai Sitsongpeenong, continued his dominance at GLORY 39, stopping Frenchman Dylan Salvador with a right knee to the body in round four of their title match-up. Also at the event, fifth-ranked Marat Grigorian stopped Anton Petrov to remain in the top five. Second-ranked Superbon Banchamek stays close on the heels of his Thai countryman after defeating Edye Ruiz by decision at Kunlun Fight 58 to keep his No. 2 ranking. Former GLORY titleholder Davit Kiria re-entered the rankings at No. 9 after topping Jonay Risco by decision and Cristian Milea by TKO at the same event in China. Mohamed Khamal pushes his way into the top 10 after defeating Jomthong Chuwattana by decision at Enfusion Live 47.

Dropped from the rankings: Minoru Kimura (9)

The featherweight division continued to be one of the sport’s most competitive in March. Third-ranked Qiu Jianliang traveled to Brazil to take on Wilson Djavan at Glory of Heroes 7 and walked away with a decision victory. Brazil’s Minoru Kimura crashes out of the top 10 after falling to Kohei Nishikawa by knockout at KRUSH.74 in Japan. Thailand’s Petchpanomrung Kiatmookao takes advantage of Kimura’s setback and moves into the No. 10 spot after his GLORY 39 contender tournament win. Petchpanomrung bested former titleholder Serhiy Adamchuk and Alexei Ulyanov by decision.

With his win at GLORY 39, Sitthichai remains at the top of the pound-for-pound rankings. Cédric Doumbé’s lopsided title defense at the same event results in his climb to the five spot in our rankings. Despite another victory, Superbon slides to sixth because of Doumbé’s rise.

No fighters in the top 10 were in the ring in March, so the rankings remain unchanged.