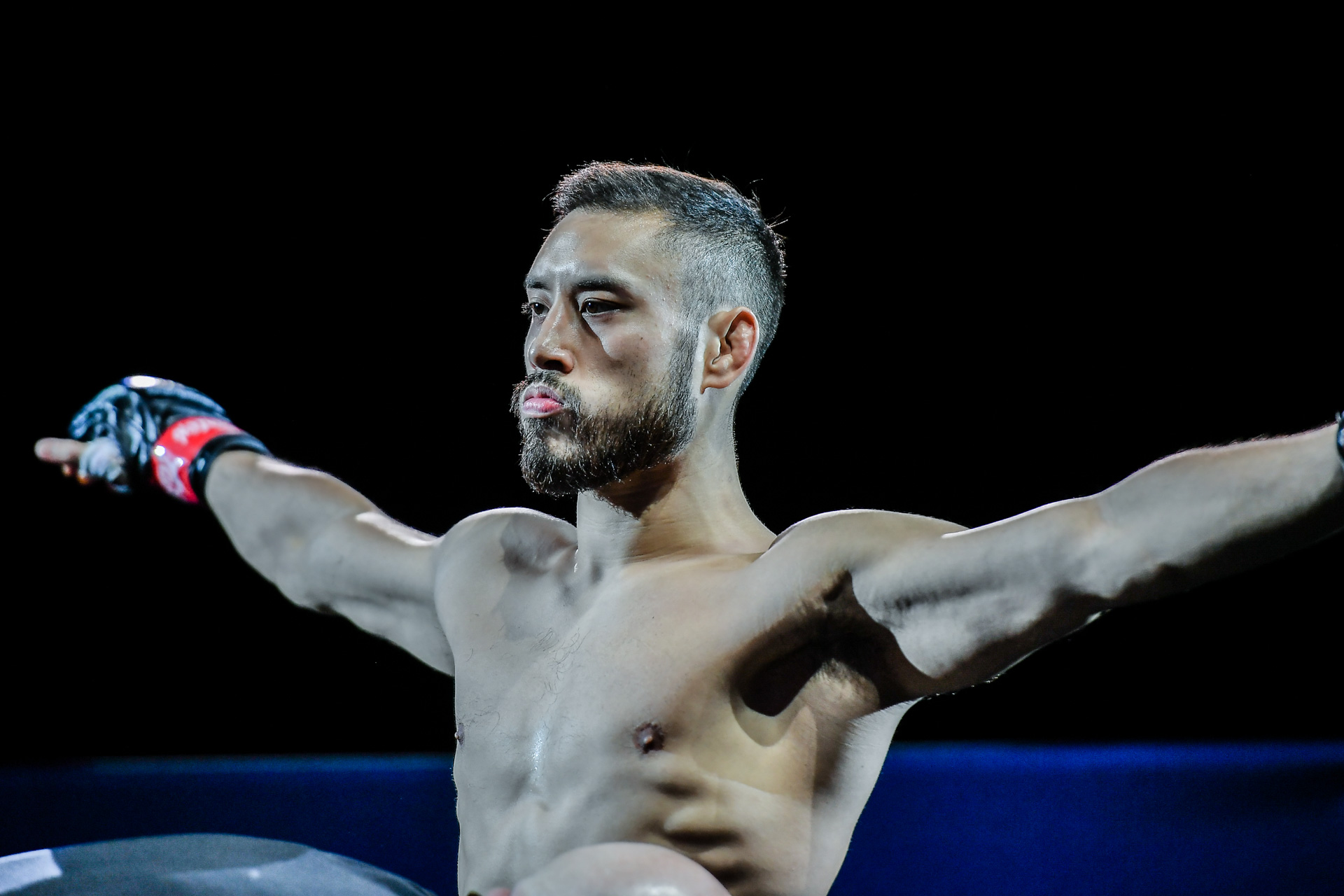 ONE 156’s James Yang: The Evolution of a Martial Artist

American James Yang may be best known as MMA great Demetrious Johnson’s teammate, but the AMC Kickboxing & Pankration representative has his mind set on forging his own legacy in mixed martial arts. His next opportunity to do so will come when he faces Malayasian star Keanu Subba at ONE 165: Eersel vs. Sadikovic on Apr. 22.

Despite only making his professional debut last year, Yang is not new to the sport. He has spent his entire life surrounded by martial arts, and his time spent at a Shaolin Temple is one of the experiences that helped mold him into the athlete he is today.

“That’s just part of my evolution and my journey, as a boy becoming a man, and growing as a martial artist,” said Yang. “When I got there, I was, like 17 years old, fresh out of high school. I was just a kid [who] didn’t know anything about the world and how things really worked. Coming from here, I felt spoiled, almost, even. And then going over there, and just seeing how other people live in the world and getting other points of view and people around the world is just something that helped me grow and develop as a human being.

“I didn’t even speak Mandarin Chinese. I spoke Cantonese. But, where I was living in northeast China, no one knew what the hell I was saying. I had to adapt and figure out how to travel, how to communicate, how to negotiate, how to do all these kinds of things that translate the rest of your life and learn how to push through mental barriers.”

Traveling in China was formative for Yang. When he arrived back in the United States, he continued to practice martial arts and take part in competitions, but he also sought to broaden his horizons and take on new and interesting challenges. His next steps exposed him to an array of unique experiences, which taught the Washington native many invaluable skills. Most importantly, he learned how to flip the switch and control his emotions ahead of a match, allowing him to perform to his best abilities.

“Going to China, I was so green,” said Yang. “And then coming back to America, competing on the US Wushu team and doing Cirque du Soleil. Performing a bunch just helped me to learn how to control my mind and learn how to get past that anxiety. Being able to go from Seattle, Chinatown, doing lion dance here and in the traditional martial arts scene, competing in Canada and around the West Coast, that gave me a good base.”

The American put what he learned into practice in his ONE Championship debut last September, when he dominated Filipino powerhouse Roel Rosauro in their featherweight tilt. He walked away with a knockout victory and a perfect start to his professional career. The 32-year-old will hope to capitalize on that momentum on Apr. 22. But his opponent, Keanu Subba, is hungry for a win and far from a pushover.

The Malaysian athlete is one of only two men to take featherweight superstar Tang Kai the distance inside of the Circle, and his toughness has captured Yang’s attention.

“I’ve seen a couple of fights, and he’s pretty well-rounded. He’s tall, kind of lanky,” said Yang. “He’s got pretty good experience. He has good fundamentals on the feet. He can take the fight to the ground, he can fight off his back. So, it’s a good step up in competition for me. It’s not just the skills. There’s something besides the skills that you need, and that has to be that grit. You have to have that dog inside of you. I love bringing the dog out of me.

“Coming off back-to-back losses to top guys, this is like the hungriest he’s ever been. He’s going to come to take my head off. And that’s how it always is.”

Yang plans to go for the finish, but he also doesn’t want to limit himself in the match. As he describes it, when you chase the finish, the target shrinks to the size of a peanut. By keeping his options open, he can flow in the match until the window of opportunity opens, allowing him to strike and end the bout.

If that happens, and he gets the win, Yang wants to stay active throughout the rest of the year, and he aims to keep climbing the ladder toward the top of the division.

“I’m trying to get to the championship belt,” said the Washington native. “That’s all I’m trying to do. You know, they let me into ONE Championship, and the only reason why I’m here is to become champion. I know there’s a lot of guys ahead of me right now, and I’m just putting work in.

“If I can get three finishes within this year, I do expect to be fighting the next top tier of the division or for the belt. I’m going to take whatever they give me. I say I’m a bounty hunter, they throw that money up, the price tag, and I’m out to get it. So, yeah, three fights, five fights, ten fights -whatever I got to go through to get there – I’m going to keep going until I get it.”

ONE 156: Eersel vs. Sadikovic airs live on the ONE Championship website with the lead card starting at 5 a.m. ET, followed by the main card at 8:30 a.m. ET.