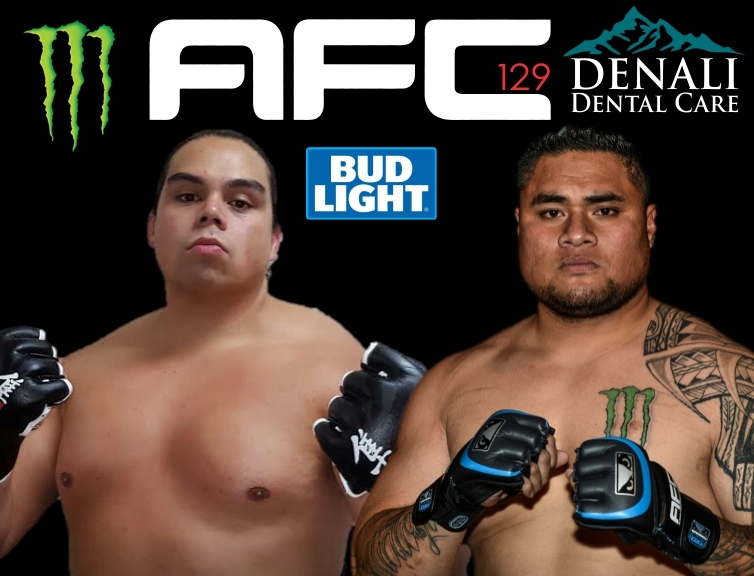 On Wednesday, Feb. 15, Alaska Fighting Championship returned to the Sullivan Arena in Anchorage, Alaska for AFC 129: Faavale vs. Lumba.

In the main event of the evening, the promotion’s heavyweight titleholder, Pat Lumba, clashed with undefeated Mika Faavale. Lumba entered the title defense having won nine straight fights, all before the final bell. Faavale, meanwhile, had finished all three of his professional contests by way of strikes inside the first round.