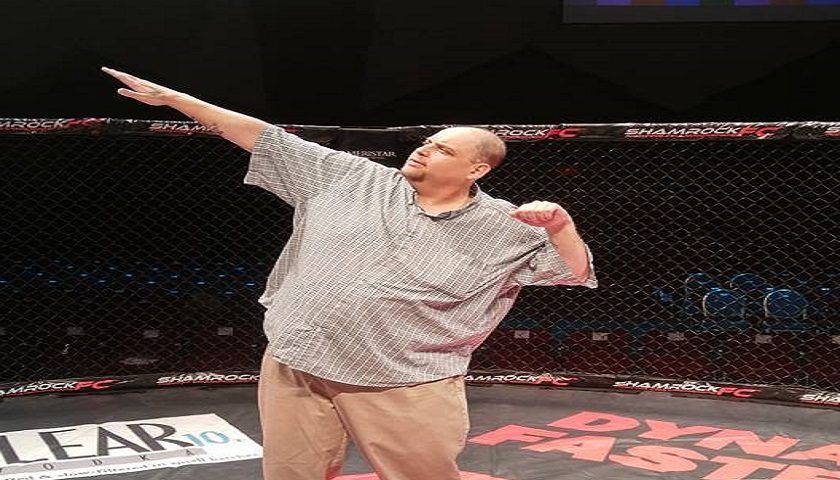 The Everlasting Impact of Bryan Levick

Just a couple days after he passed, I was asked to write a tribute piece on Titan FC public-relations specialist Bryan Levick, who left us all way too soon last week when he succumbed to a pulmonary embolism. Never before have I opened up my laptop and just stared at the screen trying to figure out how in the world am I going to do this justice.

I didn’t know Levick for too long, but we came into contact when I was just a fan of MMA who had done radio shows and writing for all other sports besides this one. After a few short conversations with Bryan, I decided to seek out help and land my first couple MMA interviews on my radio show. He made it happen without hesitation. Soon, I would have not only interviews, but growing friendships with UFC welterweight Belal Muhammad and Titan FC flyweight and bantamweight champion Jose “Shorty” Torres.

For a while, I didn’t even know what Bryan looked like. His photos on Facebook were always promoting the next Titan FC event. He never made anything about himself, but when I see photos of him with his family, it’s easy to see that they were the reason he put in so much effort and dedication to his job. Sometimes his job wasn’t even work.

We would have conversations about how he got his start in the business and how personal relationships with fighters had both a positive and negative impact, but he always kept it positive. I used to thank Bryan every conversation, because without him, I’m not writing this tribute to him. I wouldn’t be in the business of reporting on MMA.

Bryan would give you just about anything, if he had it, whether it was time or materialistic. He always had the best for others in mind before himself.

He was very open on Facebook about some of his struggles and visiting doctors, but even when he could have used that time to be down and upset, he was too busy thanking his wife and telling us how how he’ll always bounce back for her and the family they had created together. Why would it be hard to believe a man who works in the fight business as he says he would never stop fighting? You had to believe him.

Just as I believed Bryan when he spoke to me the first few times about starting up in the MMA media business, I always believed he would be just fine until his sudden and tragic passing. For a couple days following his tragic passing, I was a wreck. This is because of the impact Bryan had on me as well as others with whom he had interactions and encounters. Simply put, I wouldn’t be where I am today, interviewing fighters at every level, if Bryan didn’t give me my first chance or instill in me the confidence I needed to move forward and pursue MMA full-force.

Bryan is going to be missed dearly. Every step of the way, I’ll remember what he did for me, as will the rest of the MMA community that ever got to interact with him.

In one of our final conversations, Bryan referred to me as a great kid and told me to keep it up, so I make the promise to do what he said and continue to be that great kid who just has a love for MMA.

The MMA community will forever be grateful and indebted to Bryan for his time, work and true love for everything he did.

You’ll be dearly missed, my friend.

A GoFundMe campaign has been started to help Bryan’s family. Please donate any amount you can to help.