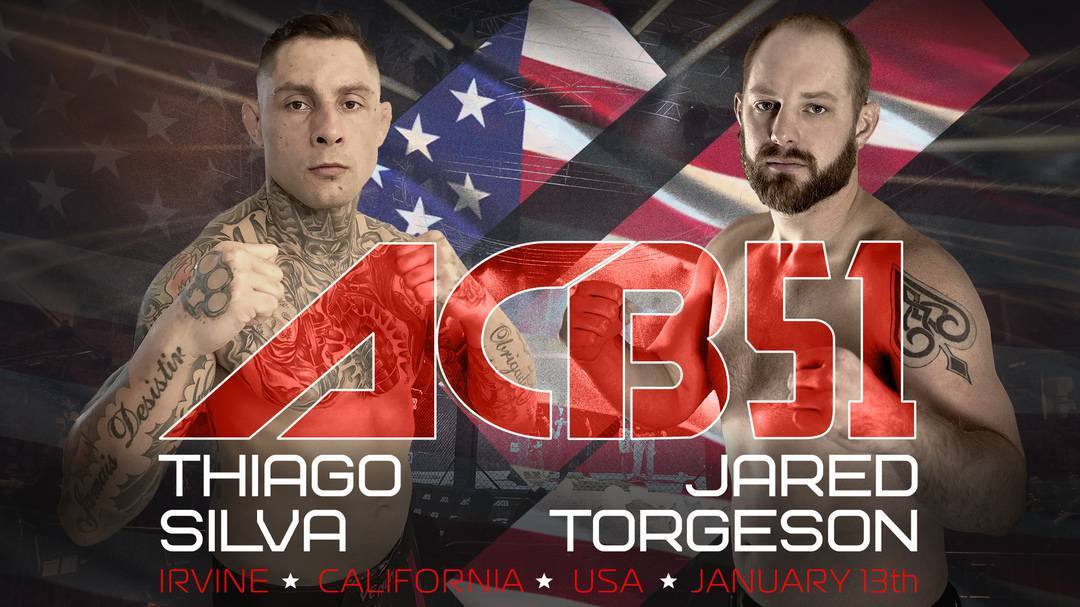 On Friday, Jan. 13, Absolute Championship Berkut makes the promotion’s North American debut as it hosts the 51st event from the Bren Events Center in Irvine, California, ACB 51: Silva vs. Torgeson.

In the night’s main event, UFC veteran Thiago Silva took on Jared Torgeson for the promotion’s light heavyweight title. The 34-year-old Silva had split his four bouts since being released from the UFC, but entered the contest having won back-to-back fights. The bout will be Torgeson’s 35th professional outing. The American has won three straight leading into the title match-up.