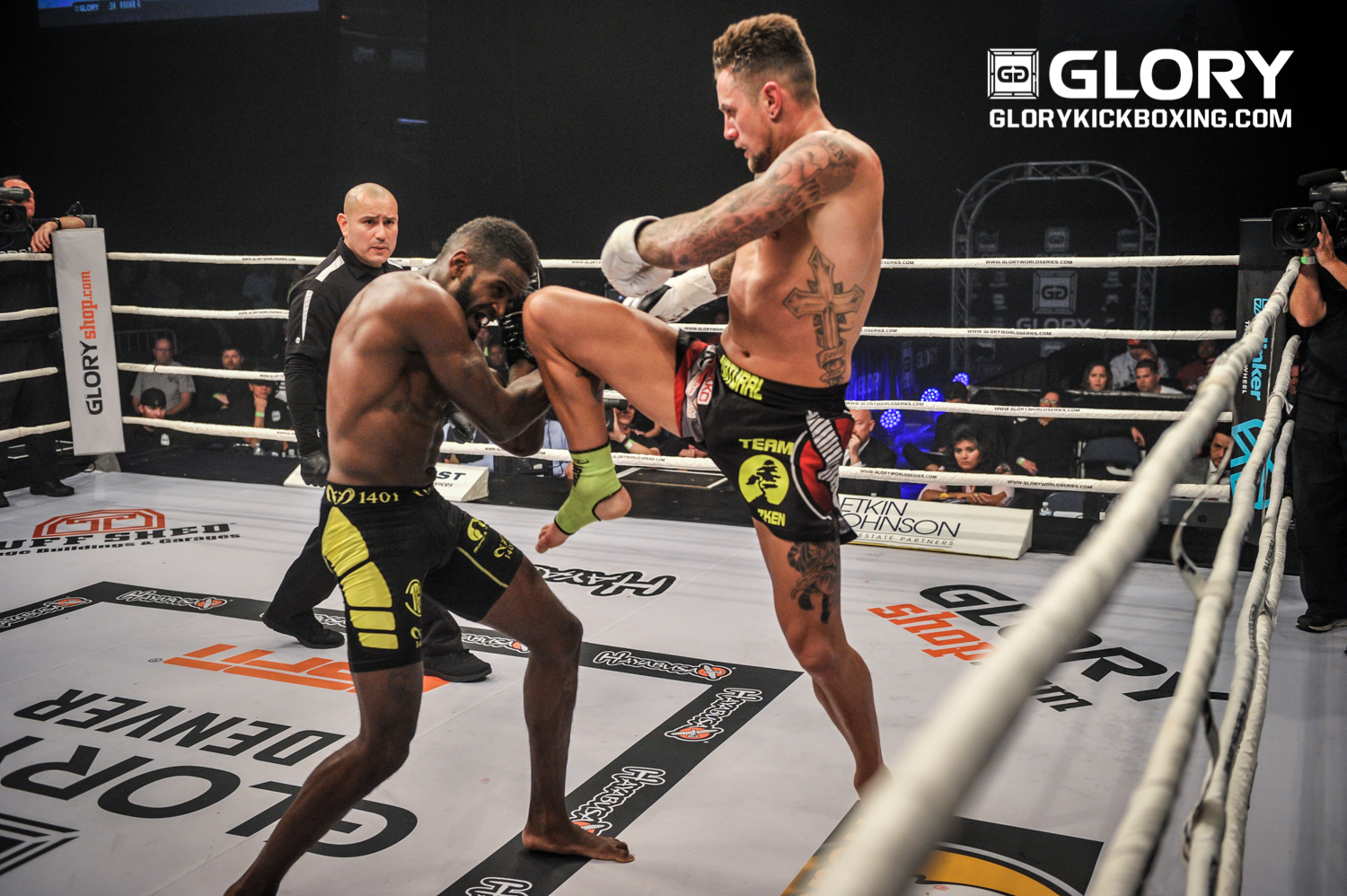 Dropped from the rankings: Badr Hari (10)

The heavyweight division was largely quiet during the month of October. The lone exception was Roman Kryklia, who stepped in as a late replacement at the K-1 World Grand Prix Euro 2016. The tournament was technically at 95 kilograms, but Kryklia’s three knockout wins only added to his impressive resume, which includes a win over fourth-ranked Jahfarr Wilnis under the Kunlun Fight banner. If Kryklia chooses to stay at 95 kilograms, the man he displaced in the rankings, Badr Hari, may find himself back in the top 10 soon.

It was inactivity, rather than action in the ring, that had the biggest impact on the light heavyweight rankings. Top-ranked Gokhan Saki again falls from the top 10 after 18 months without a fight. Joining him is Holland’s Michael Duut, who was last in action in March 2015. There were fighters in the ring, however. Former GLORY titleholder Saulo Cavalari claimed a decision win over Brian Douwes at GLORY 34 in Denver. Twenty-year-old Fabio Kwasi catapults into the top 10 after finishing second in the K-1 World Grand Prix Euro 2016. Another recent entry into the top 10, Ariel Machado, was also in action at GLORY 34, but in the middleweight division. Depending on his next bout, the Brazilian could find himself outside the top 10 once again. Igor Bugaenko of Belarus enters the top 10 after besting Luis Tavares at ACB Kickboxing 8.

The middleweight division had plenty of fighters in the ring over the last month. Second-ranked Simon Marcus quickly got back in the win column after surrendering his GLORY title. He stopped No. 7 Dustin Jacoby in the pair’s rematch at GLORY 34. Jacoby came out strong, but a vicious kick from Marcus snapped the left arm of the American to earn the second-round TKO. Also on the card, Israel Adesanya continued his march through the rankings, topping Yousri Belgaroui and Robert Thomas to capture the middleweight contender tournament. Russia’s Artem Levin picked up a decision win over Ali El Ameri at Friendship Cup 11 over the month’s final weekend.

It was another close fight, but GLORY welterweight king Nieky Holzken still holds the promotion’s title after topping Murthel Groenhart for a third time at GLORY 34 in Denver. The closely contested affair once again ended with Holzken eking out a win on the scorecards. Despite the loss, Groenhart remains in the top three of the division. Frenchman Cedric Doumbe topped both Said Zhadi and Vedat Hoduk at Partouche Kickboxing to capture a 75-kilogram tournament. Ninth-ranked Yohan Lindon knocked out Gianmarco Pozzi at La Nuit Des Challenges 16.

October was a quiet month for the lightweight top 10. Second-ranked Robin van Roosmalen made his featherweight debut at GLORY 34, but quickly expressed his desire to continue competing at lightweight. Another former GLORY champion, Davit Kiria, was slated to face Mohamed Mezouari at Kunlun Fight 54, but Mezouari fell ill and could not make weight, so the bout was canceled. Despite the cancellation, Kiria advances to the round of eight in the 70-kilogram tournament.

Dropped from the rankings: Matt Embree (10)

After last month’s upheaval, the featherweight ranks settled down a little in October, with one exception. Holland’s Robin van Roosmalen quickly established himself among the division’s elite by battering Gabriel Varga at GLORY 34 and capturing the promotion’s title. Van Roosmalen’s inclusion pushes recent tournament winner Matt Embree outside of the top 10.

Despite numerous fighters being in the ring over the past month, there were no moves inside the pound-for-pound rankings. Second-ranked Nieky Holzken and third-ranked Robin van Roosmalen only cemented their rankings further with their wins at GLORY 34.

This month marks the first time we have included women’s rankings. Although many of the women’s divisions are still growing, there are plenty of elite athletes to determine the inaugural pound-for-pound top 10. Holland’s Jorina Baars claims the top spot for now, but many of the top 10 are slated for action in the near future. In October, fourth-ranked Wang Kehan scored a huge win at Kunlun Fight 54 to open the promotion’s 61.5-kilogram tournament, and third-ranked Anissa Meksen stopped Dilara Yildaz by fifth-round knockout.