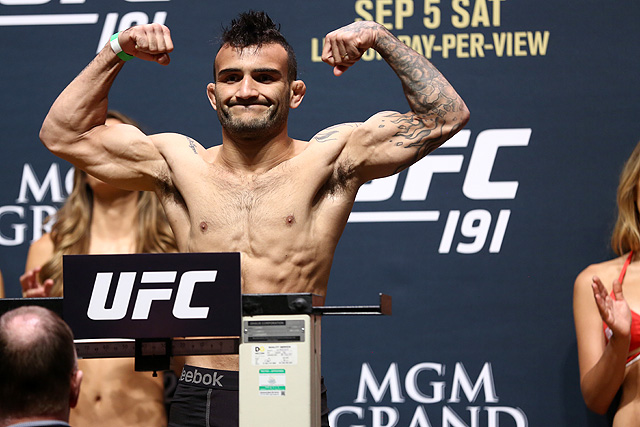 On Saturday, Oct. 1, the UFC will return to Portland, Ore., for UFC Fight Night 96: Lineker vs. Dodson which takes place from the Moda Center.

In the night’s main event, former two-time flyweight title challenger John Dodson clashes with fellow heavy-handed knockout artist John Lineker. The 32-year-old Dodson returned to the bantamweight division in April and stopped Manny Gamburyan in just 47 seconds. Dodson’s only two defeats since 2009 have come against flyweight king Demetrious Johnson. Lineker, meanwhile, has gone 9-2 under the UFC banner, but frequently struggled to make weight as a flyweight. Now competing at 135 pounds, Lineker has earned three straight wins, including a first-round destruction of Michael McDonald in July.

* – Lineker, Oliveira and Dias were fined 20 percent of their fight purses for missing weight