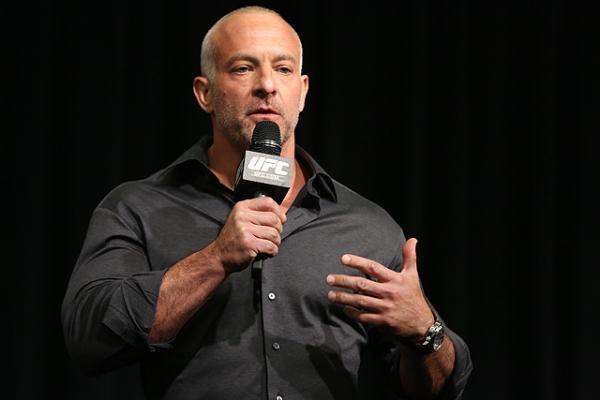 House Money: Fertittas Cash Out, But Where Does It Leave the UFC?

What started as a rumor from ESPN analyst Darren Rovell — and continued in a more substantive way with reports from journalists Jeremy Botter and Jonathan Snowden — has now become fact. The UFC has been sold to a group led by William Morris Endeavor, a high-powered agency in Hollywood whose public face is Ari Emanuel.

The deal makes sense for both parties involved. From the Zuffa perspective, the return on investment is historic. WME, meanwhile, came into possession of a coveted thing in sports. The company will be able to provide opportunities to UFC stars that Zuffa couldn’t.

So, why did the Fertittas choose to leave now? Where does this leave the promotion?

Four bllion dollars. That’s the easy answer as to why the Fertittas are leaving now. When someone offers that much cash, you don’t need another reason. But let’s take a closer look at what the Fertittas are staring down and what could have made the move a shrewd one.

The Stacking of the Deck

Part luck. Part strategy. This opportunity was brought about by some very unique circumstances.

The rises of Ronda Rousey and Conor McGregor, coupled with the return of Brock Lesnar for UFC 200, led to record revenue for the UFC in 2015 and 2016. The Fertittas got out at what may be the absolute peak for the promotion from a financial standpoint. Almost all of the cards were best-case scenarios from this year, and that’s something that may never be replicated.

The WME group was presented a fairly good hand. But when the final card hits the table, what kind of hand will the company have?

WME is staring down some things that may not just go away. Fighters want a fighters union or the Ali Act in a very real way. There is still an antitrust lawsuit that hangs in the balance, too. Superstars Jon Jones, Rousey and McGregor are all either on the brink or in the throws of losing the ability to make big money. Jones just failed a USADA drug test that may have him out for two years; Rousey seems only interested in the cage so far as it can make her money, which is never good; and if McGregor loses his upcoming fight against Nate Diaz and the potential next fight against José Aldo, then it could change the way he is perceived and marketed.

Also, we don’t know fully how UFC President Dana White will respond to new bosses. Up until this point, he has always had his decisions vetted, to varying degrees, by his high school friends, the Fertitta brothers. Now, he will have to answer to someone new or, in a more realistic scenario, a board of new executives.

Despite all of the challenges facing the UFC, there is good news.

White and Emanuel are cut from very similar cloth. They don’t like to lose and they will bulldoze their way to victory. White’s exploits are common to the MMA fan, and Emanuel’s are chronicled in the portrayal by Jeremy Piven of Ari Gold on Entourage.

The Ace in the Hole

The card that the new William Morris-led company will always be able to play when it needs to is the card of creativity.

WME’s ownership of the UFC opens up a network of creative people to the promotion and the fighters. Giving credit where credit is due, the Eric Winter-led Fight Pass resurrection has really improved the original content for the UFC, but there is more left to do. WME has properties and partners that means the company will be able to craft a strategic plan to make the UFC mainstream in a way that Zuffa was unable to do.

Now, this may lead to things that purist UFC fans may hate. Conor McGregor might end up starring in movies. There could be Saturday morning cartoons with UFC characters (do they still do Saturday morning cartoons?). But this is how you get your name out to the masses. Fans need to remember that the WME group just made a 4 billion dollar investment in the UFC. Nobody does that just to sit cageside and pose with Octagon girls. WME will be looking to recoup that money and will make choices based on the return on investment. A very important piece of this may be the renegotiation of TV rights and how they are divided.

In the end, the Fertittas did the smart thing. They got out while the gettin’ was good. They leave the promotion in very capable hands. It will be different, though, despite White staying on. If you are an MMA purist and long for bygone years, you may consider UFC 200 to be the night the lights went out on the UFC. Here’s hoping it’s not.