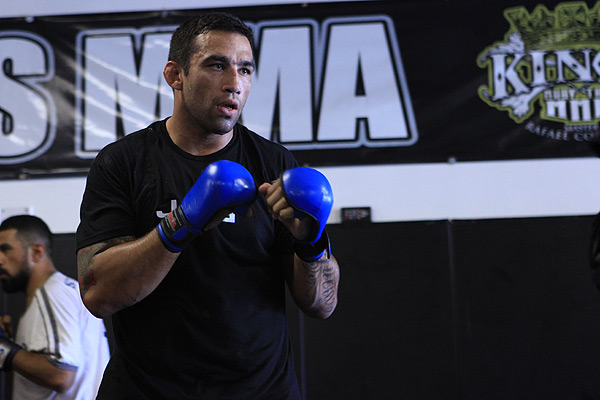 UFC 198: Is Fabricio Werdum the Greatest Heavyweight of All Time?

When fans think of the greatest heavyweights in MMA history, they probably don’t think about Fabricio Werdum. Well, they should.

At UFC 198, the Brazilian will have a chance to firmly cement his place at the top of the all-time heavyweight rankings.

Werdum, who has been competing professionally since 2002, has defeated nearly every top heavyweight he’s faced throughout his career. There were a few guys he wasn’t able to fight, but the list of guys he’s beaten is a who’s who among MMA heavyweights. Antonio Rodrigo Nogueira, Fedor Emelianenko and Alistair Overeem are just some of the legendary names he has defeated.

Werdum, training under the eye of Rafael Cordeiro, has become the essence of a mixed martial arts fighter. He has always been one of the best grapplers in MMA, but now Werdum has a full striking arsenal to compliment his stellar ground game. We’ve seen it on display when he ravaged the iron chin of Roy Nelson at UFC 143, knocked out the ultra-durable Mark Hunt at UFC 180 and, in perhaps his greatest performance to date, conducted a five-round dismantling of Travis Browne.

Some would argue that Werdum’s last victory against the seemingly unstoppable Cain Velasquez was his greatest performance. However, when he’s doing kick ups like Shawn Michaels in the middle of a fight, suffice it to say that Werdum had everything in hand.

Now, with a litany of victims in his wake, Werdum has a tough task ahead in Stipe Miocic at UFC 198. Miocic is no cakewalk and should provide some interesting challenges for Werdum to overcome. If the Brazilian is able to defend his belt, he’ll move one step closer to the magical number of two for the heavyweight division. Only three men — Randy Couture, Tim Sylvia and Brock Lesnar — in the history of the division have defended the heavyweight belt on two separate occasions.

We’ll likely have this discussion again if Werdum has his hand raised at UFC 198. But perhaps we shouldn’t even bother waiting to crown Werdum as the best heavyweight in MMA history. It’s going to be hard to ever top what Emelianenko accomplished in his career, but there will always be the “he didn’t do it in the UFC” detractors. Werdum has done it in the UFC and against some of the best fighters the division has ever seen. He doesn’t have an overly gaudy record — 20-5 is awfully nice though — and he doesn’t possess an aura of invincibility like other all-time greats have had, but he has wins against some of the best heavyweights across multiple eras, a UFC title and one of the best coaches to utilize one of the best skill sets to add to an already great legacy.