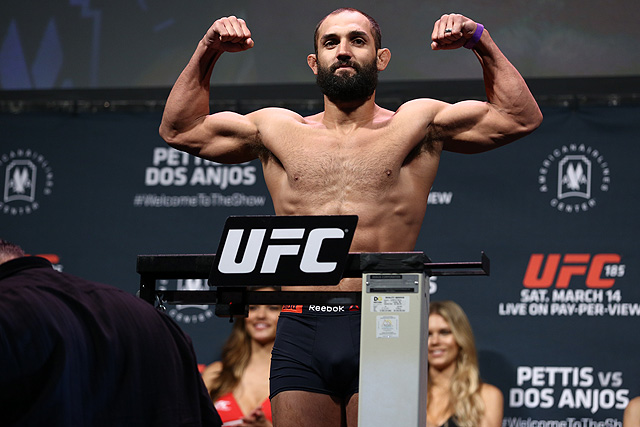 On Friday, Feb. 5, the UFC will host the weigh-ins for UFC Fight Night 82: Hendricks vs. Thompson which takes place Saturday, Feb. 6, from the MGM Grand Garden Arena in Las Vegas.

As a result of the switch, the welterweight contest between former titleholder Johny Hendricks and striking stalwart Stephen Thompson has been elevated to the night’s top billing. Hendricks returns to action for the first time in nearly a year after a botched weight cut forced the cancellation of his scheduled bout with Tyron Woodley at UFC 192. Thompson enters the contest riding a five-fight winning streak that includes three stoppages via strikes.

The fighters will hit the scales at 7 p.m. ET on Friday. A live video feed appears below (courtesy of the UFC), while the results appear below.