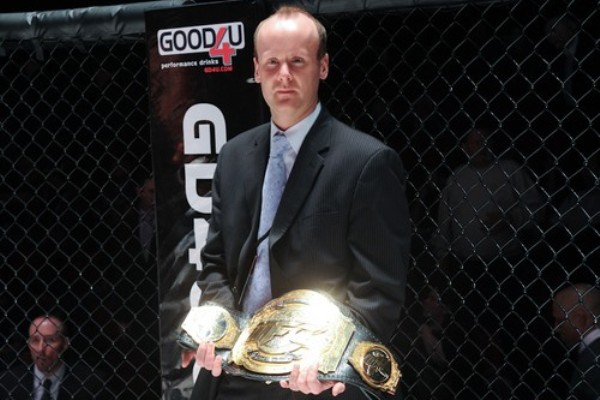 Scott Zerr (@ScottMaxFight) joined Joe Rizzo (@RearNakedChoke) and Jay Kelly (@JayKellyMMA) to inform us on the hiatus of a longtime Canadian-based MMA promotion and their plans to sell, as well as his current roles with Prestige FC and Lion Fight on Rear-Naked Choke Radio.

Zerr talked about the near-future sale of the Maximum Fighting Championship, where he was the matchmaker and media relations coordinator. Along with the promotion’s owner, Mark Pavelich, Zerr has recently been discussing the sale of the MFC brand.

Zerr talked about the history of the organization and the value of the brand for any interested purchaser. Zerr also spoke on his own efforts to remain with the company in the event Pavelich stepped back from being the promotion’s front man.

Now, Zerr is the Director of Media and Fighter Relations for Prestige FC, a Canadian MMA organization based in Regina, Saskatchewan. He also handles the PR and marketing duties at Lion Fight, a leader in letting Muay Thai fighters showcase their skills.

When Zerr is not assisting combat sports promotions with their media, Zerr covers MMA, hockey and lacrosse on the other side of the mic, interviewing athletes and providing analysis.