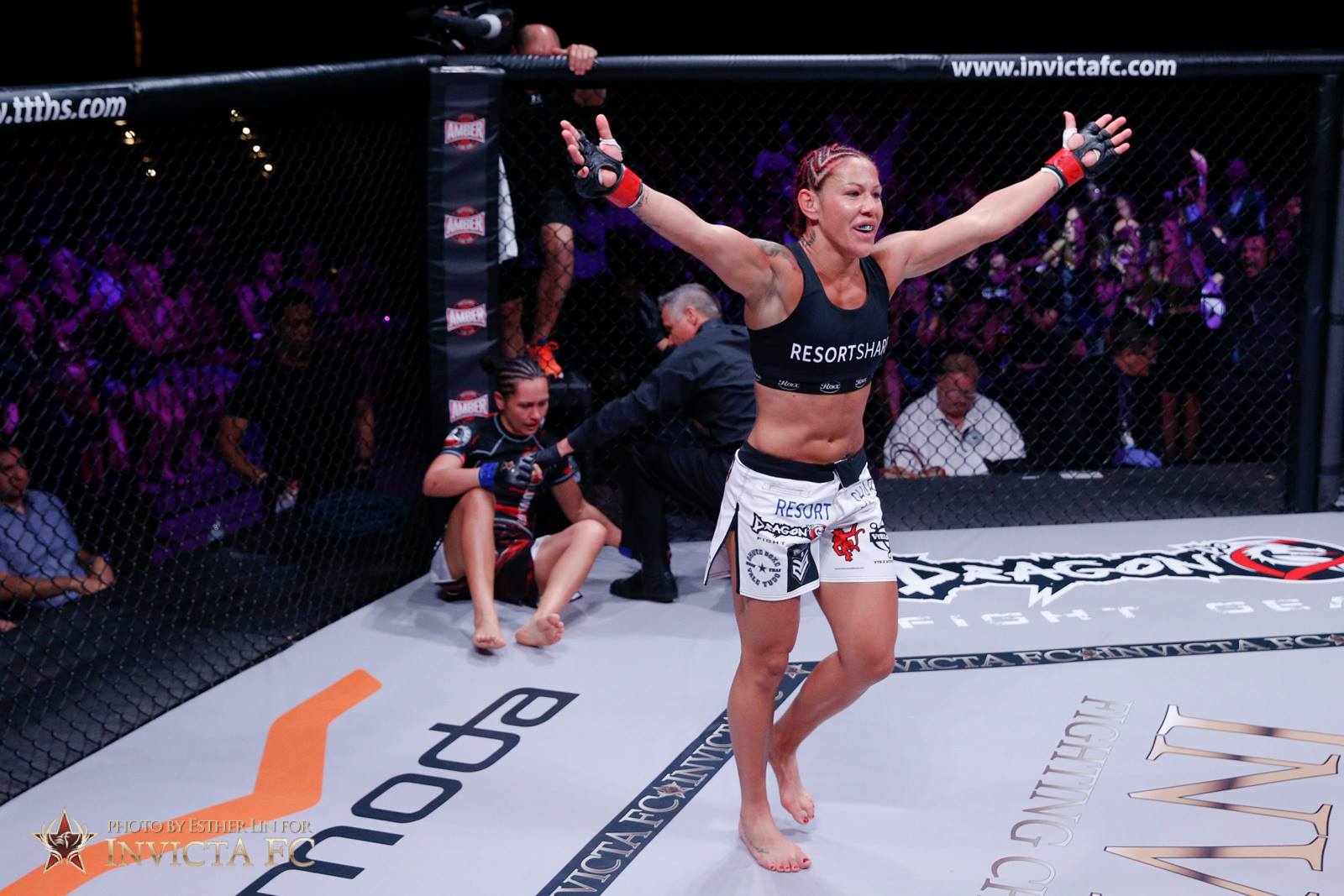 In the night’s main event. featherweight champion Cristiane “Cyborg” Justino put her title on the line against Russian newcomer Daria Ibragimova. Cyborg successfully defended her 145-pound title at Invicta FC 13 in July, stopping New Zealand’s Faith Van Duin in under a minute. Ibragimova made her promotional debut riding a seven-fight winning streak. Seven of her nine career victories had come via submission and six of her wins had come inside the first round.

The co-main event featured strawweight champion Livia Renata Souza against fellow unbeaten DeAnna Bennett. The Brazilian Souza captured the 115-pound title with a fourth-round finish of Katja Kankaanpää at Invicta FC 12. Seven of the 24-year-old’s wins had come via submission, including five in the first round. Utah’s Bennett had won four straight inside the Invicta cage. Since dropping to 115 pounds, she had topped Norma Rueda Center, as well as the aforementioned Kankaanpää, in her last two outings.