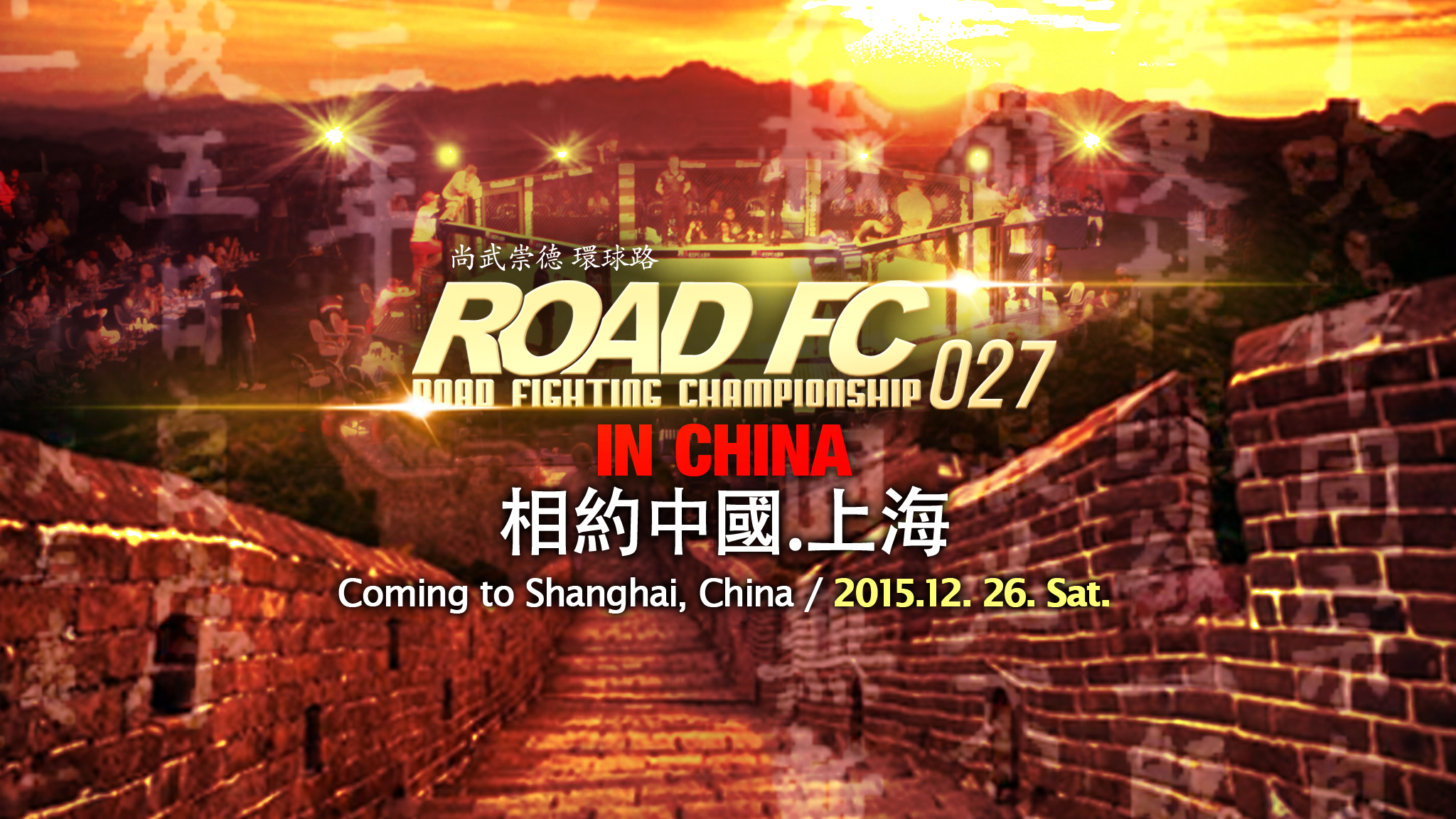 One of Asia’s premier promotions is giving back to fans during the holidays. Road Fighting Championship continues the promotion’s global expansion when the cage travels to Shanghai, China. Road FC 027 in China takes place on Saturday, Dec. 26, at the Dongbang Gymnasium. The event will be the first time the promotion has made the trip to China and only the second time the promotion has held an event outside of South Korea.

The featured attraction of this 11-fight card is the openweight tournament quarterfinals. The tournament features eight fighters from three countries with a multitude of martial arts backgrounds. The quarterfinal round will consist of four bouts at the event.

The evening’s headliner is a rematch from just over two months earlier at Road FC 026 in October. American kickboxer “Mighty Mo” Siala-Mou Siliga knocked out Pride and Sengoku veteran Choi Mu-Bae in just 37 seconds. The South Korean is adamant that the first bout was nothing more than him getting caught by a heavy-handed puncher. Choi, even at 45 years old, has impressed in recent years with wins in three straight bouts before the loss to Mighty Mo. The former Greco-Roman wrestler will look to get this fight to the mat against the K-1 and Bellator veteran. Expect fireworks early in this clash of styles.

In the co-main event, one of South Korea’s most popular fighters returns to the cage after a long hiatus and recent knockout defeat at the hands of Carlos Toyota at Road FC 024 in July. Hong-Man Choi takes on 19-year-old Chinese fighter Luo Quanhao. The towering South Korean will have an astounding 10-inch height advantage against his much younger foe. The “Techno Goliath” is hoping to mirror his early kickboxing success that includes a win over four-time K-1 World GP Champion Semmy Schilt and not the setbacks of his MMA career.

The Ultimate Fighter: China welterweight winner Zhang Lipeng makes his Road FC debut after three successful wins under the Kunlun Fight banner following his release from the UFC. The 25-year-old has impressed in his recent outings and carries plenty of momentum into his bout with taekwondo fighter Hong Young-Ki. The 31-year-old South Korean has won his past two bouts, with his most recent win coming over China Top Team fighter Nannan He.

One of Japan’s most iconic fighters will fight one of China’s most decorated Sanda fighters in a clash of grappling vs. striking. Zhao “Dragon Fighter” Zilong is a two-time King of Sanda absolute division national champion. Zhao began training in Brazilian Jiu-Jitsu in 2004 and started fighting in MMA in 2005. Ikuhisa “Minowaman” Minowa is a veteran of over 100 MMA fights in his 19-year-career. The pro-wrestling based submission specialist has 50 finishes in his 107 fights.

The preliminary-card action will air live on Chinese television station Qinghai TV at 19:00 CST. The main card airs live on China’s CCTV for over 600 million viewers and streams live at Epicentre TV for fans around the world. The main card begins at 7:30 a.m. ET.