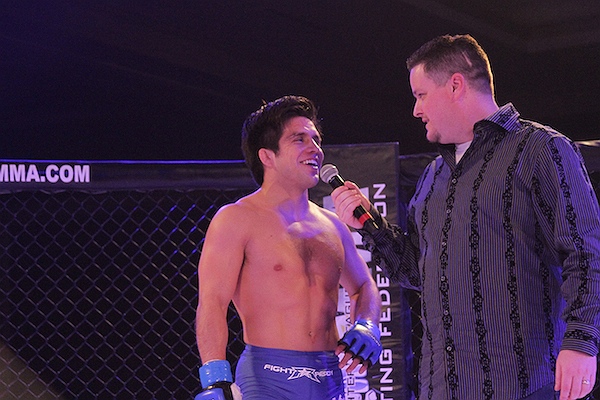 In the night’s main event, a pair of The Ultimate Fighter veterans locked horns as Neil Magny faced off with Kelvin Gastelum. Magny was stepping up on short notice as Gastelum’s original opponent, Matt Brown, was forced out due to injury. The Colorado-based fighter had won eight of his last night bouts in the Octagon, including a decision win over Erick Silva in late August. Gastelum, meanwhile, returned to the welterweight division following a brief stint at middleweight after failing to make weight. The 24-year-old’s lone loss came against Tyron Woodley in January.

Above are video highlights of the main card bout between Cejudo and Formiga (courtesy of the UFC).