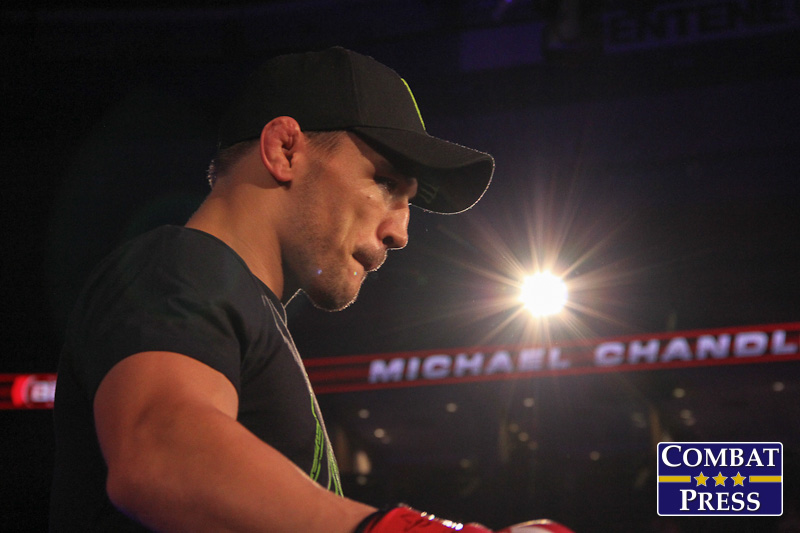 The first time David Rickels fought Michael Chandler, “The Caveman” lasted just 44 seconds. Now, it appears that Rickels will get his chance to avenge the devastating knockout loss.

Sources close to the situation tell Combat Press that a rematch between Chandler and Rickels is being targeted for Bellator 145 on Nov. 6 in St. Louis.

The fight would join a featherweight title showdown between Patricio “Pitbull” Freire and Daniel Straus and a lightweight title tilt pitting champion Will Brooks against Marcin Held on the card, which was first reported by MMA Fighting.

Chandler and Rickels first met in July 2013 in the main event of Bellator 97. Rickels had earned his spot as the lightweight challenger against Chandler by winning Bellator’s season-eight lightweight tournament, but he was quickly put away by the champion via knockout.

In his next fight after defeating Rickels, Chandler lost his title to Eddie Alvarez. He went on to lose his next two fights as well, before recovering with an impressive submission finish of Derek Campos in his most recent outing at Bellator 138.

Meanwhile, Rickels went 2-1 with one no-contest over his next four fights. His loss came in another tournament run, where he was finished with strikes by Patricky Freire. The no-contest came in his most recent performance, where Rickels was on the verge of finishing John Alessio before throwing an illegal knee that prevented Alessio from continuing.

Bellator 145 is targeted for the Scottrade Center in St. Louis and will also reportedly featured heavyweight Bobby Lashley.