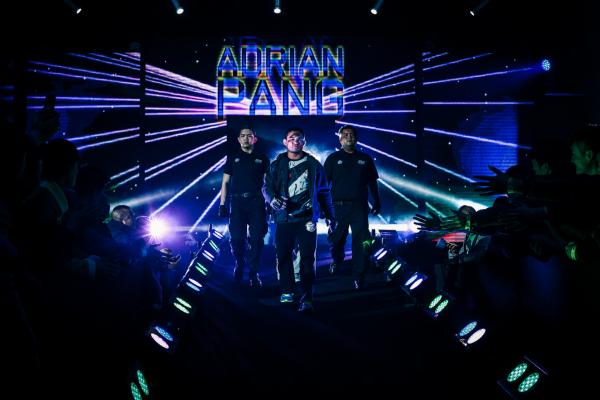 ONE Championship’s Adrian Pang: With Framework in Place, Fighting is a Luxury

The Monday morning after a weekend fight event. The remnants of blood could still be seen as stains on the floor. The cleaners from the night before had done their best, and all that they really could be bothered to do on the small amount of money they earned. Yet, the evidence was still there.

It wasn’t an actual crime scene, but the amount of blood would lead you to believe otherwise. The stench of stale beer and sour sweat still lingered. On one hand, it looked like a party. On the other, a massacre.

“The Valley” in Brisbane, Queensland, Australia, was the place to be to see combat sports. Fighters spilled their blood and sweat on the mat and the floor of the makeshift locker rooms as, little by little, the sport headed into a boom period.

It’s scenes like these that make veteran fighter Adrian Pang thankful for how far the sport of mixed martial arts has come. In its archaic beginnings, in what was in essence a makeshift fight club, fighting wasn’t about titles. It wasn’t even about recognition. It was the true early days of the sport in the state of Queensland, and Pang was right there as it unfolded. Changes would be made over the years. There would be more shows, more fighters and a little bit more money, but those fights like the ones in “The Valley”? Well, they will always be remembered. For better and for worse.

“The arena was rough and dingy, as was the lighting,” Pang reminisced in an interview with Combat Press. “The change rooms were marred with sweat, blood stains and alcohol. One of the change rooms was practically in the car park and the floors were bitumen. The commentators had no idea of MMA and the hardcore Aussie crowd was just as knowledgeable. Smoke filled the room as the B-class strippers from across the road [who were] hired as ring-card girls stumbled around the filthy, dilapidated ring.

“The first time I fought MMA was back in 2001 when MMA fights were held in a ring during kickboxing shows. It was at The Arena in ‘The Valley’ here in Brisbane, and any fighter that has fought there would know how rough and dingy it was. I was a kung fu practitioner back then and was doing bits of [Brazilian Jiu-JItsu] here and there, but not seriously enough to know what was what. I was so excited to compete for the first time and wanted to test my skill set against another fighter.”

The imagery of that ring serves as a timely reminder of how far the sport has evolved. Long before the days of the scarce and mythical million-dollar paycheck handed out to a select few top fighters by the UFC, people were fighting in places that were not fit for any kind of sport. It wasn’t particularly glamorous. It wasn’t even close.

“Back then, I fought because I enjoyed it so much,” Pang recalled. “I would have paid to be able to fight and never once thought that I would one day make substantial money out of it. I had never been particularly good at sports, so this was a sport I had complete control over and, win or lose, it was up to me.

“When I started out, I had no idea about weight cutting. I weighed around 64 kilograms [141 pounds] and would always stop at the BP service station to have McDonald’s on the way down to my weigh-ins, which were held down the Gold Coast where Spartan Reality Fight series was — that was the biggest and best MMA show around [laughs].”

Pang now calls ONE Championship home. It’s a long way from where he first started, and it has a high level of production that is second to none. ONE Championship is the second international organization to sign Pang to a long-term contract in his career, but it’s not just about security for him.

“It felt great not only to fight in Asia again, but to be able to compete again under a world-class promotion that looks after their fighters and are willing to pay good money in order to have good fights,” Pang said. “I really like the rules and regulations of ONE Championship, and it makes the fighters fight to finish, not to win on points or hold positions and stall.”

When Pang first donned the gloves for ONE Championship, it was Dec. 19, 2014. It had been a long time since he had last fought. Twice, in fact, Pang had endured long stretches of almost 18 months each between fights. He had not missed a beat in terms of training, but the long layoffs took their toll on the 31-fight veteran.

“I had been out again for another 18 months since my injury. There were a few Australian fighters I would have liked to compete against, but no one is willing to pay money to make these fights happen,” Pang stated. “I had been a striking coach on the [The Ultimate Fighter] series — Australia vs. Canada — alongside my former teammate, Kyle Noke, and at that stage had not been signed with any promotion.

“I had a knee injury throughout that show and was actually in the surgeon’s room to have a knee operation when I received the call from Kyle that he wanted me to coach alongside him within the next 10 days [laughs]. I felt perhaps something would come of that experience with the UFC and my performance against the participants on the show would have showed that I belong in there.

“Several months after show was completed, negotiations with ONE Championship finally came to fruition and we signed with them on a two-year, six-fight deal. I just wanted to perform to my ability and knew that I would be a little rusty after 18 months off and against a seasoned opponent that I had been matched with. The biggest struggle was my weight, as I hadn’t cut for so long, and although I am always lean in and out of season, it was an effort to get it off. 70.8 [kilograms; 156.09 pounds] was no problem, which is the general allowance, but my contracted weight had to be 70.3 [kilograms; 154.98 pounds], so that last 500 [grams] was a real killer [laughs].”

Although Pang has experienced a great amount of success on the Australian domestic circuit, as well as abroad, he has never in his career been able to call himself a full-time fighter. He has always kept busy with a successful trade outside of the cage. In 2015, Pang sold one of his businesses. The prospect of focusing on fighting 100 percent became a very real possibility.

“I have been trying close my joinery for close to a year now. When I was on the TUF show, the Canadians couldn’t comprehend that I ran a full-time joinery as well as fought at a high level,” Pang explained. “I am sending all my machinery back to [Papua New Guinea] and will look to start a joinery up there as soon as I’m able to.

“I have worked my whole career and, in that process, started a successful cabinetmaking business. I rented a shed near our gym at the time, and every month was a worry if… would I be able to make rent, and would I keep getting work. Within a few years, I bought the entire property, consisting of three warehouse sheds with over 1000 square meters of space, situated in Stafford, only eight kilometers from the city.

“Recently, I expanded my gym, Integrated MMA, into my largest shed space, covering 450 square meters of floor space, and invested a lot of time and money into the fitout. I have leased my joinery space to a yoga studio who is also injecting a lot of cash to make it a premium yoga spot. Not to gloat, but I have several investment properties and vehicles, so I would like to see any other MMA fighter that has made something for themselves for when their MMA career is over.

“So, yeah, I want to have the luxury to train full-time without the pressures I had [while] running a joinery and focus on my career and my gym. My whole career I have worked and trained during my lunch hour, so I know this is a great move for me. Plus, the gym is busy now and only operational several hours each night. Imagine what is possible if open during the day.”

There isn’t much that Pang hasn’t done in the sport of MMA. From those early days of unregulated events and strippers moonlighting as ring girls, to the world stage, he’s now seen it all. As one of the most accomplished fighters to come out of Australia, there isn’t much left that the 37-year-old hasn’t witnessed in his career. It’s not quite time for Pang to call it a day, however. With more fight left in him and far more opportunities to impress on the world stage, the idea of going out on top is at the front of his mind.

“To be the world champion in ONE Championship would really be the icing on the cake,” Pang admitted. “ONE have a talented roster of dangerous fighters, and all their champions are tough as they come. I am not after the belt anymore. I just want to have more good fights that test myself so as I can retire when I feel I have had enough.”