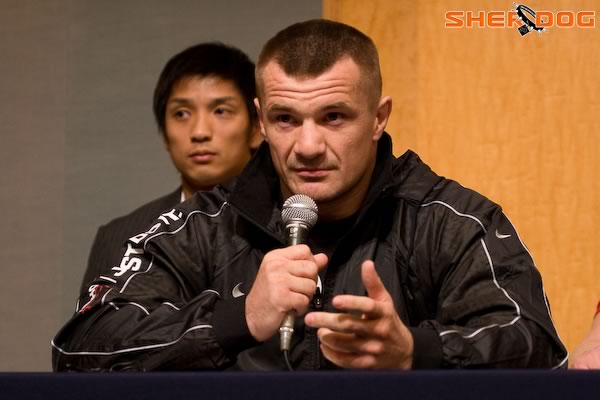 In the night’s main event, former title challenger Gabriel Gonzaga clashed with former Pride superstar Mirko “Cro Cop” Filipović for a second time. The pair met in 2007 with the Brazilian Gonzaga knocking out Cro Cop with his own weapon, the head kick. Since then, both fighters exited the promotion and returned. Gonzaga had gone 4-3 in his second stint with the organization, with all four wins coming by finish. Croatia’s Filipović had found success in both MMA and kickboxing, earning him another opportunity in the Octagon.

The co-main event featured a pair of light heavyweights known for finishes as Poland’s Jan Blachowicz met England’s Jimi Manuwa. Blachowicz erased Ilir Latifi in under two minutes in his promotional debut in October. Manuwa looked to rebound from the first loss of his career, as he fell to Alexander Gustafsson last March.

Above is live video of the event’s post-fight press conference which kicks off approximately 30 minutes after the main event between Gonzaga and Cro Cop comes to a close (courtesy of the UFC).