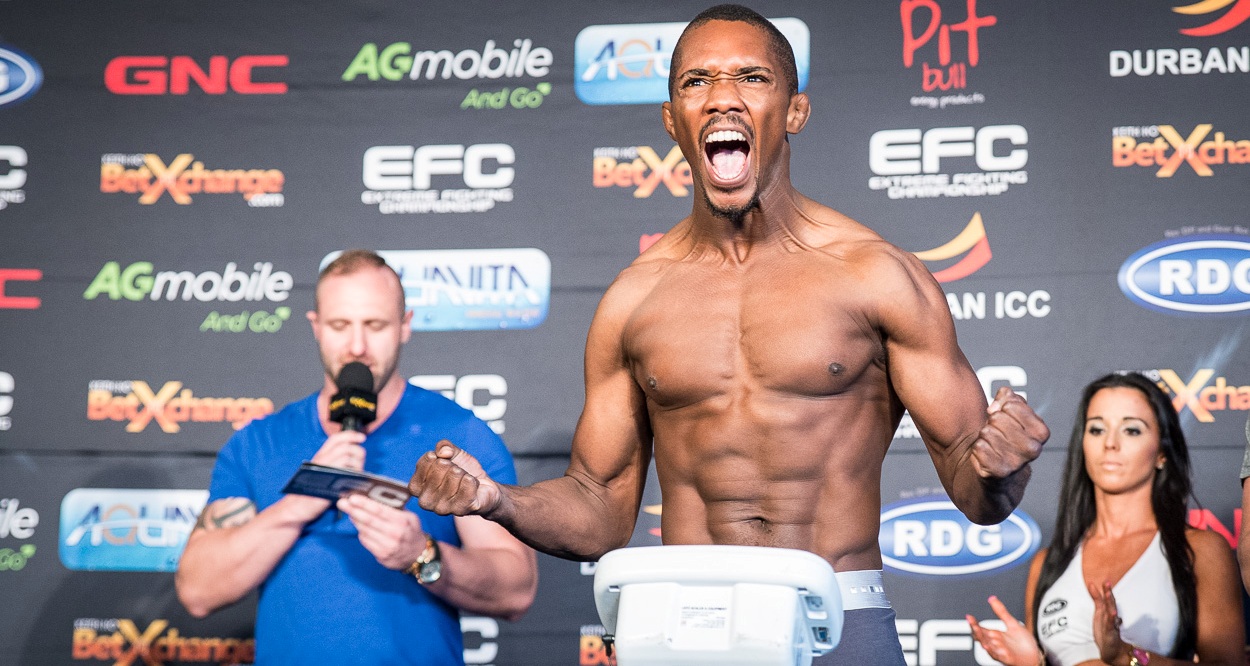 EFC 38 kicks off Saturday with the preliminary card at 16:15 CAT.

*Missed weight and was fined a portion of their fight purse