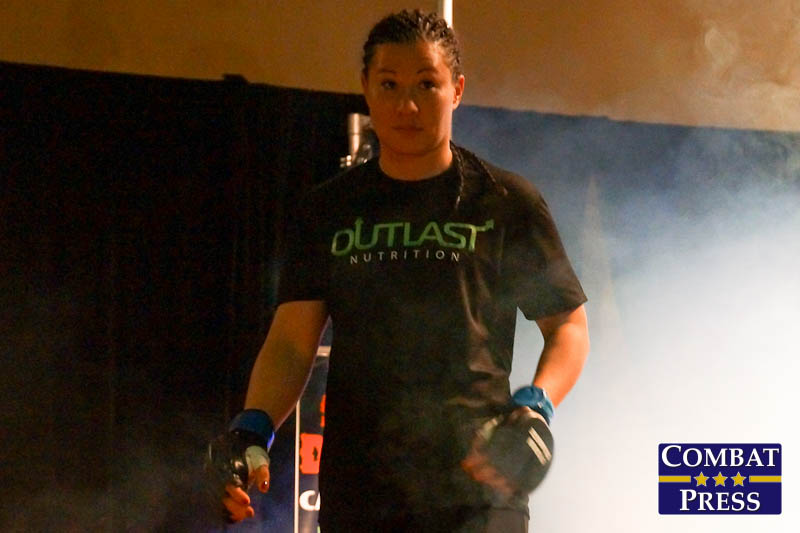 Bellator MMA has added a women’s featherweight bout between Australia’s Arlene Blencowe and Alexis Dufresne to Bellator 137 on May 15.

The bout was announced by Blencowe at Storm Damage 6. The fight will mark the promotional debut for both women.

Blencowe, a former WBF and WIBA champion boxer, has won her last three bouts, all by way of stoppage. Her most recent victory came over Invicta FC’s Faith Van Duin, who was previously undefeated. The 31-year-old has been competing in MMA for the last two years, earning five wins against four defeats.

Dufresne, meanwhile, went 0-2 inside the UFC’s Octagon after missing the bantamweight limit in her contests against Sarah Moras and Marion Reneau. The 24-year-old will be making her return to the featherweight division for the bout against Blencowe. Prior to her struggles in the Octagon, the Californian had started her career with five straight wins, all by first-round finish.

Bellator 137 will take place Friday, May 15 from the Pechanga Resort & Casino in Temecula, Calif. It will be headlined by a middleweight title fight between champion Brandon Halsey and challenger Kendall Grove. The night’s main card will air live on Spike TV, with the preliminary card streaming on Spike.com.