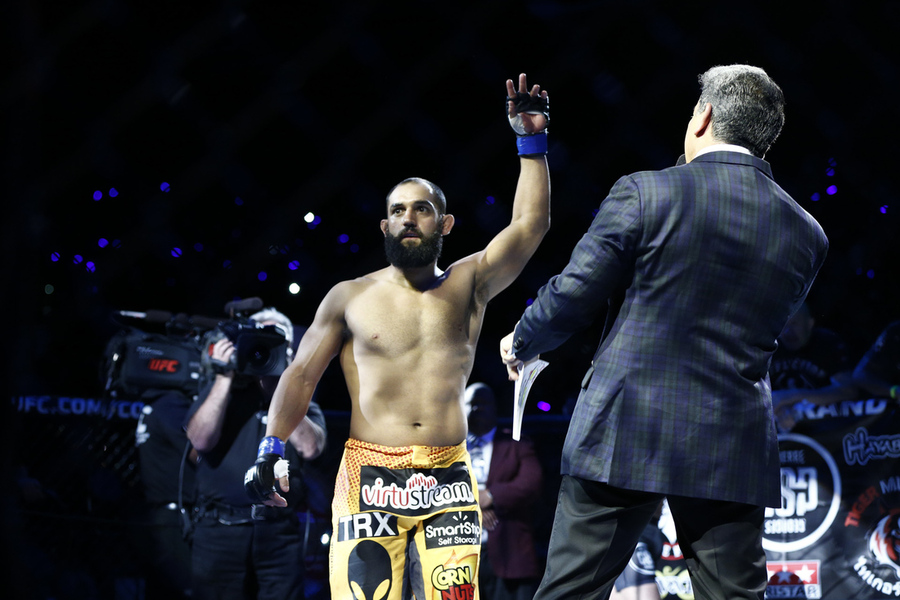 On Saturday, Dec. 6, the UFC will host UFC 181: Hendricks vs. Lawler 2 from the Mandalay Bay Events Center in Las Vegas.

In the night’s main event, welterweight champion Johny Hendricks will square off with the man he defeated to capture the belt, Robbie Lawler. The pair battled for five rounds at UFC 171 in March, with Hendricks earning the decision win and the vacant, 170-pound title. Since then, Hendricks has been out of action due to a torn biceps. Lawler, however, has returned to his winning ways, stopping Jake Ellenberger and outlasting Matt Brown to earn another crack at UFC gold.

The co-main event of the evening will also feature a championship belt on the line as lightweight champion Anthony Pettis returns from a lengthy injury layoff to face off with former Strikeforce champion Gilbert Melendez. Pettis has been on the shelf since submitting Benson Henderson at UFC 164 last August. Melendez has also been out of action since 2013, after nearly signing with Bellator MMA. He’s coming off a decision win over Diego Sanchez. Pettis and Melendez served as the coaches for The Ultimate Fighter 20.

The 11-fight event will kick off Saturday at 7 p.m. ET with two fights streaming on UFC Fight Pass. Four additional preliminary card bouts will follow at 8 p.m. ET on Fox Sports 1, with the five-fight main card airing live on pay-per-view at 10 p.m. ET.

Above is an extended video preview of the event (courtesy of the UFC).