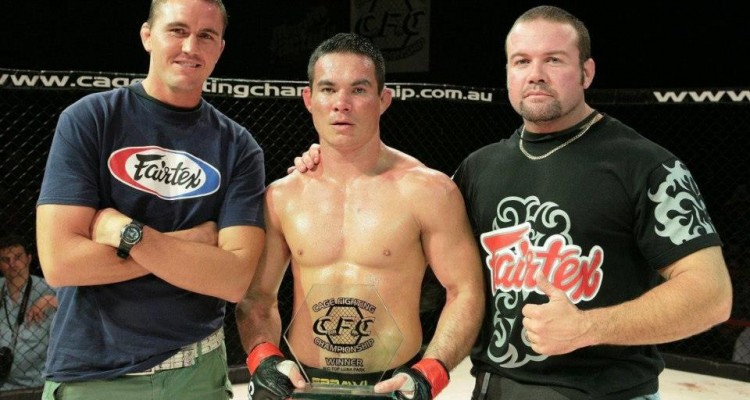 ONE FC’s Adrian Pang: ‘I Have Never Had a Boring Fight in My Life’

The sawdust gathers at his feet as he works away on his latest project. Wood shavings fall to the concrete. The sound of steel scraping away at a piece of hardwood echoes through the room. It sounds like the drawer of an old cash register opening, which is fitting since this workshop is where bills are paid and a hard day’s work is put in.

The man in the room is Adrian Pang. Surrounding him are chisels, hammers, drop saws and everything else that one could need to create a masterpiece. This is work. It’s also real life.

These tools help Pang support himself and his family. These aren’t his only tools, though. Nor are these his only masterpieces. There’s another set. Ones that take place inside the cage. The tools he uses to bruise and bloody his opponents are honed in a different workshop. It’s called Integrated MMA, and after a hard day of labor, that’s where Pang is truly in his element.

“I’ve always loved fighting. For 14 years, though, I’ve also run a business,” Pang told Combat Press. “Some days I’ll be in the workshop finishing a job and then I’ll head to the gym, and it’s non-stop from there, right up until I get home. It’s tough work, but I love it.

“I fight for myself. I love the fact that you’re in there on your own and you’ve gotta prove what you can do. I’ve always loved the sport, even before I got paid to do it. I’ve been fighting for so many years now, and it’s not about the money. It’s about fighting. You can’t really make a living off the sport here in Australia, and if you accept that early on, then there’s no problem. I don’t fight for fame, or for the money; I fight because I love it.”

Inside his second workshop, some of Australia’s best fighters are coached by Pang and Dan Higgins. Whether he has a fight lined up or not, Pang is always in the gym. He works hard, he trains hard and, as a result, he fights hard. Running two businesses is a tough ask, but Pang is as tough as they come.

“I’m one of the only guys in Australia that does everything out of his own gym,” Pang explained. “Everyone else has gotta go left, right and center to get everything they need, but I’ve got it all here. You know, I’m very lucky. I’m always here, and even when I had that time off, I still didn’t stop training. I’m not one of those guys who slows down if I’m out of fight camp. Ask anybody in the gym and they will tell you I’m pretty much the same all year round.”

Pang has never really slowed down when it comes to training, but it’s been three long years since he has been able to fight more than once over the course of a 12-month period. Now that he has signed to ONE FC, that should change.

“It’s been just over a year since I fought last,” Pang explained. “I came back from that time off and I stopped [Jai] Bradney in the first round and showed that there was no ring rust. I’m excited to finally get back into fighting overseas and fighting a bit more often. I mean, I don’t need to be fighting every month. I’ve got a family and a business to run, so that’s just not something I can do. But I am keen to be able to fight a couple of times a year. I’m really excited to be fighting for ONE FC. I’m excited for the rules and I feel that it will suit my style better. I’m especially excited to get over to China. I mean, what a place to make my debut in.”

His first ONE FC bout takes place on Dec. 19 at ONE FC 24: Dynasty of Champions in Beijing. Pang is set to meet veteran Vincent Latoel, who is coming off a submission loss at the hands of former Strikeforce contender Caros Fodor. Pang and Latoel have over 30 fights each to their names, and neither is short of exciting fights on their respective resumes.

“My opponent is experienced and he’s fought pretty regularly,” Pang said. “It seems like his style is pretty aggressive, which is the same as mine. So you know it’s gonna be a good fight. I have never fought in a boring fight. I’m not a guy that goes in there and tries to hold someone for three rounds. I’m out there to make the fight exciting. Every fight I have been in has been exciting. And even against guys who fight boring fights, I have gone out there and made it an exciting fight. I know that the fans are going to be happy with what they see. I have never had a boring fight in my life, and you know that when you put the two of us in there, it’s gonna cause fireworks.”