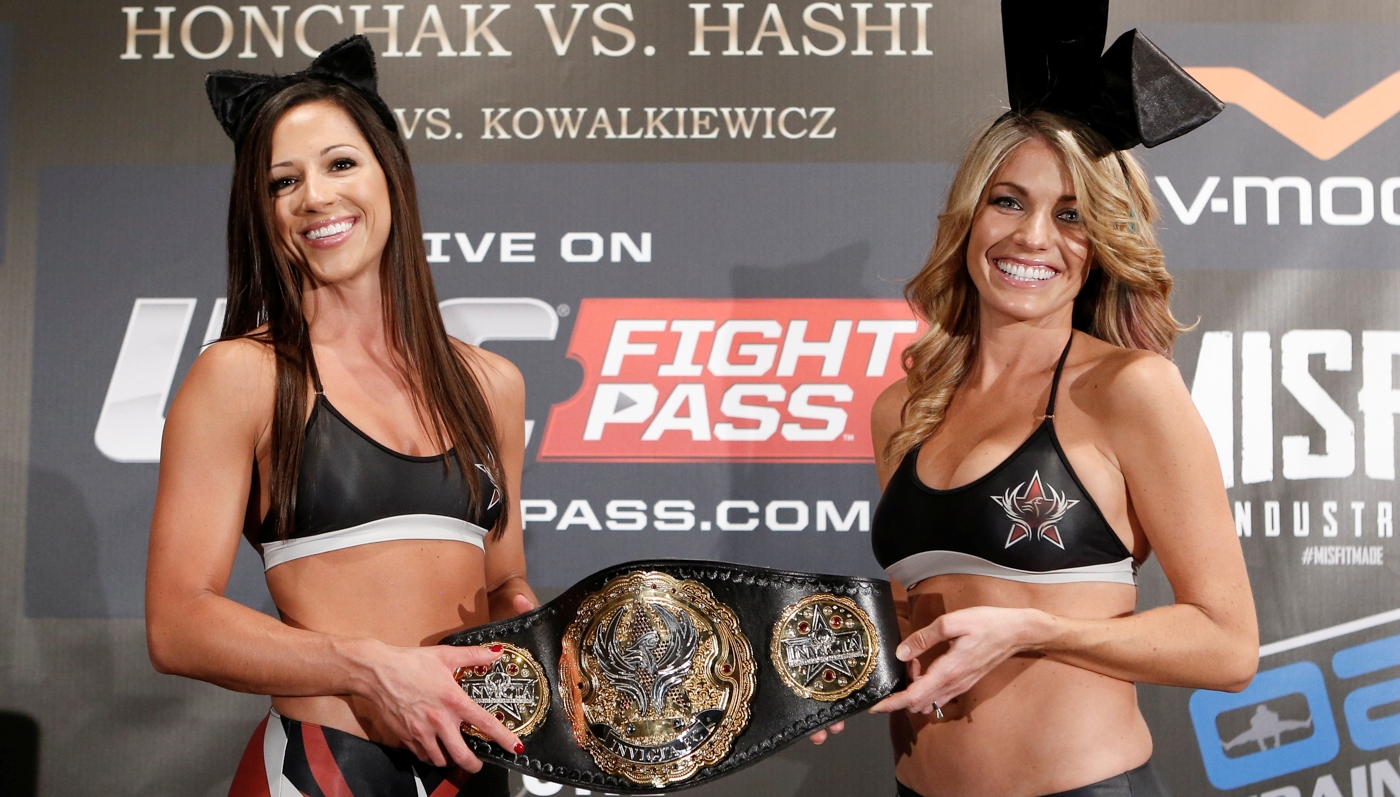 On Friday, Oct. 31, Invicta Fighting Championships hosted the weigh-ins for Invicta FC 9: Honchak vs. Hashi which takes place Saturday, Nov. 1, from the RiverCenter in Davenport, Iowa.

In the night’s main event, Invicta flyweight champion Barb Honchak will look to make the second defense of her 125-pound title as she squares off with Japan’s Takayo Hashi.

The nine-fight event will stream live via UFC Fight Pass beginning at 9 p.m. ET on Saturday.

The fighters hit the scales at 5 p.m. ET on Friday. For video and results of the weigh-ins, click here.

Below is a photo gallery shot by Scott Hirano of Invicta FC.