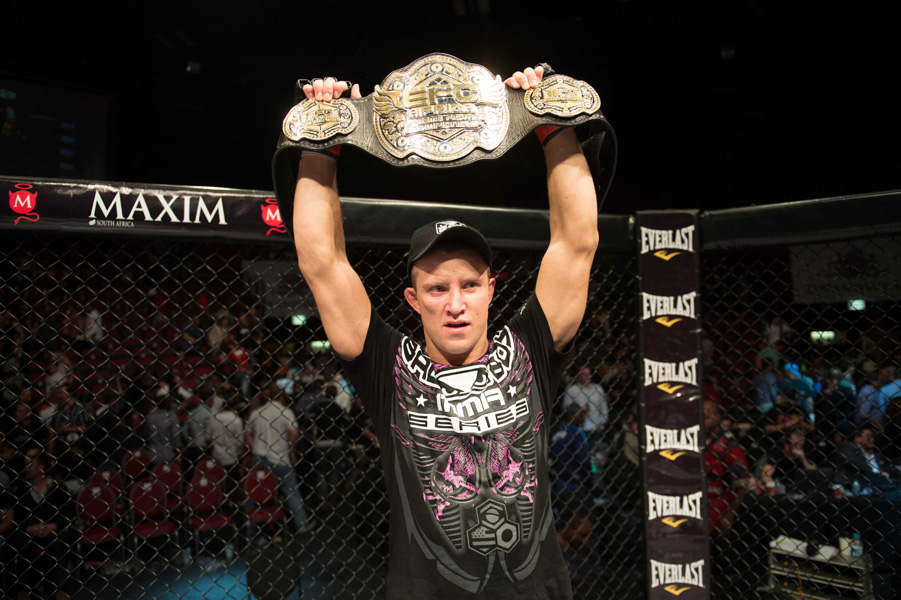 In the night’s main event, the promotion’s lightweight title was on the line as champion Leon Mynhardt took on Sibusiso Mdoko. The champion Mynhardt had won five of his last six bouts, including a 38-second knockout of Frederich Naumann at EFC 27 in February. Mdoko entered the title contest on short notice, replacing Don Madge. The 27-year-old had finished his last three fights inside the EFC cage, including a second-round TKO of Alain Ilunga in June.

The night’s co-main event also featured EFC gold up for grabs as bantamweight champion Demarte Pena locked horns with Francois Groenewald. Pena, who has held both the featherweight and bantamweight belts, had yet to taste defeat in his nine-fight career. He bested Nkazimulo Zulu by decision in July. Groenewald, meanwhile, had won four straight fights. All four had come before the final bell.

EFC 34 aired live via online pay-per-view on the promotion’s website starting at 16:15 CAT. The main card followed at 20:00 CAT.