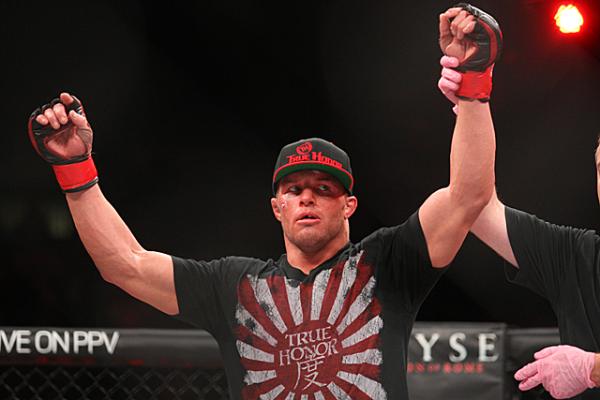 In the night’s main event, a pair of UFC veterans squared off as welterweights Paul Bradley and Josh Neer locked horns. Bradley had split his two bouts inside the Bellator cage, edging former title challenger Karl Amoussou, but falling short against fellow Strikeforce veteran Nathan Coy in his last outing. The 31-year-old Neer had won three straight since his UFC release, with all three wins coming before the final bell. “The Dentist” needed less than two minutes to submit Travis Coyle at VFC 43 in August.

The main card also featured hard-hitting veterans Houston Alexander and Virgil Zwicker. The 42-year-old Alexander had won three of his last four, including a decision win over Matt Uhde at Bellator 117 in April. Eleven of his 16 career wins had come via strikes. Zwicker, meanwhile, began his career with eight straight wins, but had gone just 4-4 since. Like his opponent, the Strikeforce veteran had stopped nine of his 12 wins by strikes.

Paul Bradley returned to the win column with a unanimous decision victory over Josh Neer in the main event of the evening. It wasn’t pretty to watch, but Bradley went to his bread-and-butter game plan, utilizing his dominant offensive wrestling and heavy top game to cruise to the judges’ decision.

In the co-main event, a heavyweight bout between Houston Alexander and Virgil Zwicker was declared a majority draw. Alexander controlled the first and third round, surprisingly with wrestling and ground-and-pound, but was deducted a point in the last round, following his second blatant head-butt in top position. Zwicker was awarded the second round from two of the judges, prompting the majority draw on the scorecards.

Andre Santos has 22 submission victories in his career, but it was his striking that earned him a win in his Bellator debut. Santos and James Terry traded back-and-forth shots for all three rounds, but it was Santos’ strikes that were causing more damage, even causing a knockdown in the final round. Despite the close rounds, Santos earned 30-27 scorecards from all three judges and was awarded the unanimous decision victory.

In the night’s opening bout on the main card, Joe Vedepo earned his third straight victory in the Bellator cage with a third-round TKO win over Davin Clark. Vedepo used his superior wrestling to get the fight to the mat, and get himself into dominant positions. Eventually, getting back mount in the third, flattening Clark out and getting the stoppage with ground-and-pound.