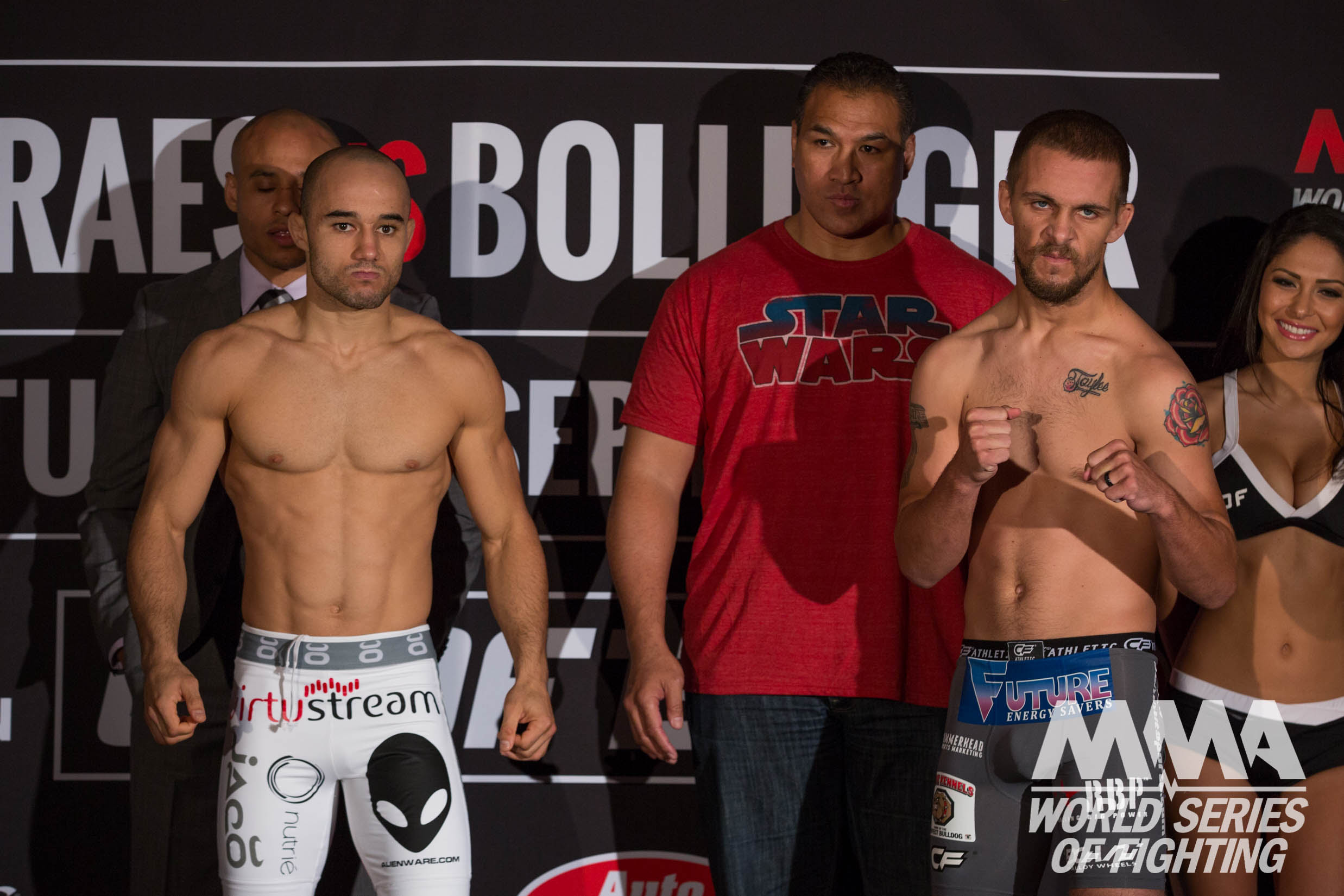 On Friday, Sept. 12, World Series of Fighting hosted the weigh-ins for its 13th event which takes place Saturday, Sept. 13 from the Sands Casino Resort in Bethlehem, Penn.

In the night’s main event, bantamweight champion Marlon Moraes will take on Ultimate Fighter veteran Cody Bollinger in a 147-pound catchweight. Moraes was originally expected to defend his 135-pound title against Josh Hill at the event, but Hill was forced out with an injury just two weeks prior to the event. The 26-year-old Moraes has reeled off seven straight wins heading into the bout, including five straight in the WSOF cage. Bollinger, meanwhile, has earned three straight wins since falling short in his lone Bellator MMA appearance. He was famously cut from TUF after missing weight, but has rebounded with two wins under the WSOF banner.

The co-main event will feature a pair lightweight prospects as Keon Caldwell squares off with Ozzy Dugulubgov. Caldwell will look to get back in the win column after being submitted by recent title challenger Nick Newell in his last outing. Dugulubgov will also be looking to get back on track, having fallen via split decision to Jonathan Nunez in his most recent WSOF appearance.

The 10-fight event will kick off Saturday with six preliminary card bouts streaming live on the promotion’s website starting at 6 p.m. ET. The four-fight main card will air live on the NBC Sports Network at 9 p.m. ET.