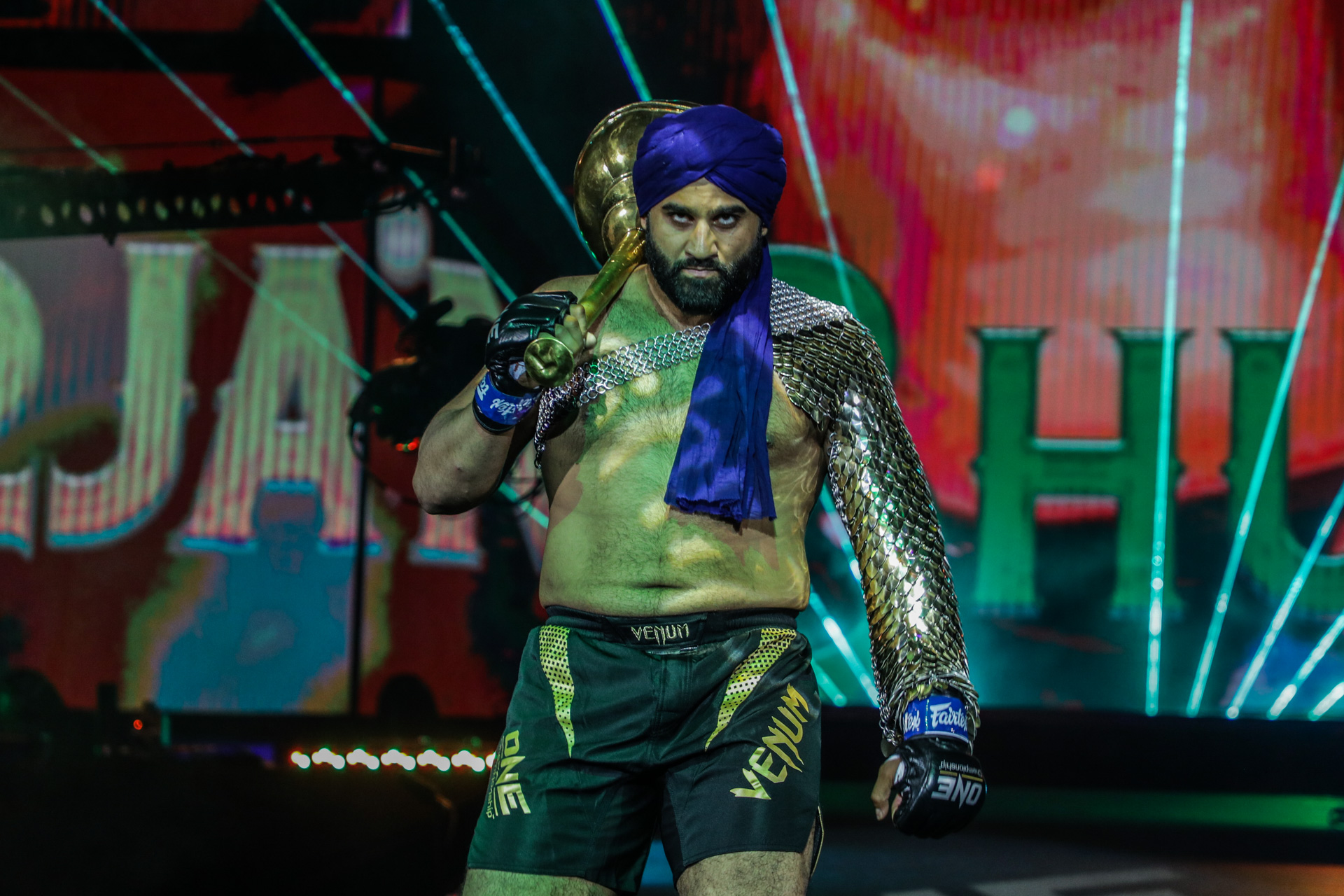 Reinier de Ridder and Anatoly Malykhin have many fans around the world, but ONE heavyweight champion Arjan Bhullar is not one of them.

De Ridder puts his ONE light heavyweight title on the line against the interim heavyweight titleholder in the ONE on Prime Video 5 main event on Friday, Dec. 2, and Bhullar snapped back at both men in the lead-up to the highly anticipated brawl.

“I think they’re both trash, and I can’t wait to fight both of them. That’s where I’m at. And they have undefeated records because neither has fought me,” Bhullar told ONE Championship.

“Ideally, RDR gets it done, so I could get Malykhin [at heavyweight] and have RDR at 225 pounds [light heavyweight]. But either way, I could care less. I want both of them.”

The ONE heavyweight champion is setting his goals high, but he has been out of action since winning the gold in 2021. In the meantime, de Ridder and Malykhin have collected titles of their own and made it a point to call out the heavyweight king. Those comments did not stop at the ONE on Prime Video 5 pre-fight press conference.

“Forget Bhullar. He is just weak and did not accept my fight. It shows a lot from him. I respect Reinier a lot. We are gonna make history. It is going to be like ‘Thrilla In Manila II,” Malykhin said.

“For me, this is the fight for the heavyweight belt. It’s the two top guys in ONE Championship going at each other. The guy who’s wearing the real strap now, we haven’t seen him for a long time, so I think this is our moment,” said de Ridder.

It’s clear that all three men have each other on their minds and have plans to step inside the Circle to compete in some form or fashion in the future. When and where are to be determined, but the overall picture will become a little clearer at ONE on Prime Video 5, when the main event lights the Mall of Asia Arena in Manila, Phillippines on fire.

ONE on Prime Video 5: De Ridder vs. Malykhin airs live at 8 p.m. ET on Friday, Dec. 2. The event is free for all Amazon Prime subscribers in the U.S. and Canada.