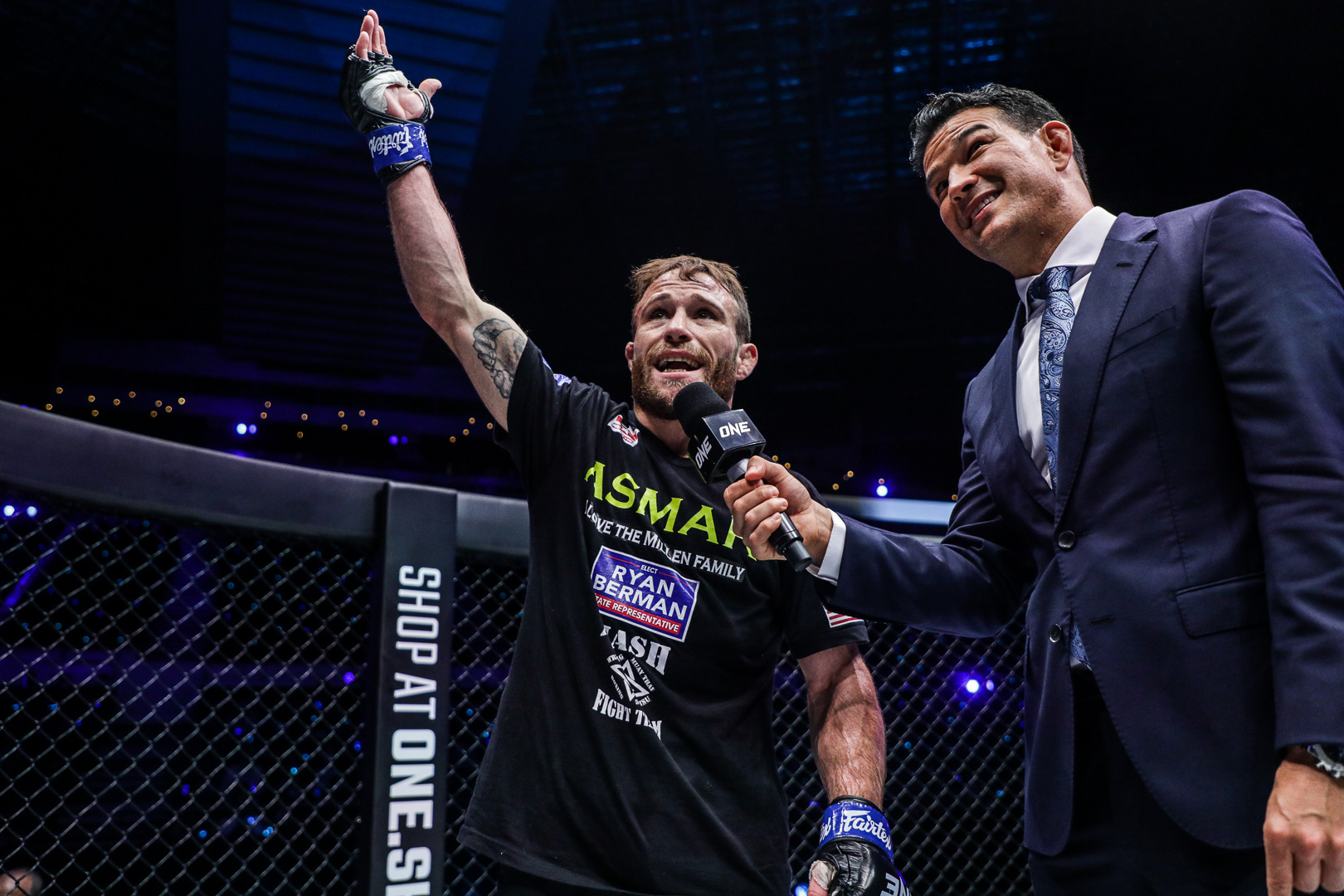 The Fall of 2018 would mark the season of monumental mistakes for the UFC, and, in particular, their handling of the flyweight division. It was at that time that it appeared the plan was to scrap the entire 125-pound weight class. In keeping with that theme, they traded Demetrious “Mighty Mouse” Johnson – still widely regarded as the best pound-for-pound mixed martial artist ever – to ONE Championship in exchange for Ben Askren. However, sprinkled in with the flyweight fallout, which never did come to fruition, the promotion also released who is now one on the most prolific lighter weight fighters in the world in Jarred Brooks.

Brooks was a standout high school wrestler in his native Michigan, who had a short stint in college, before turning his focus to MMA. By the time he was 24 years old, he was making his UFC debut and was undefeated in his first 13 amateur and 12 pro MMA fights. However, his UFC career was a bit of a strange one. He won his promotional debut by split decision, lost his second fight by controversial split decision to eventual champ Deiveson Figueiredo, and then knocked himself out slamming Jose “Shorty” Torres in his third fight. His last UFC appearance was in Sep. 2018, which was another split-decision victory. The release came two months later.

After his UFC release, Brooks had one no contest in RIZIN, a second-round submission of Victor Altamirano – now in the UFC – and then scored a decisive win in the combined Bellator-RIZIN card in Dec. 2019. In a way, he was a warrior without a home, and that is not where one wants to be when a pandemic hits and shuts everything down. He would not see the inside of a cage until Nov. 2019, when he made his ONE debut. He has since taken out Lito Adiwang by submission, Hiroba Minowa by decision, and, most recently, Bokang Masunyane by first-round technical submission last April. He is, needless to say, a man with a home in ONE, and one who is constantly proving his previous employer made a mistake.

“Bokang is a very athletic dude,” Brooks told Combat Press. “He’s a good wrestler, and he’s been proven to be a dangerous fighter, so I just took it how it was. He gave me an opening, and I just took that opening. Nothing against Bokang or anything like that, but I’m levels ahead of every strawweight in this game.”

Now, to be clear, ONE Championship does hydration testing, prior to weigh-ins, to help protect the fighters and allow them to perform at a higher level, instead of going through grueling weight cuts. So, the strawweights actually weigh in at 125 pounds. Brooks has fought anywhere from 115 to 135 pounds, so this is the sweet spot for him.

The win over Masunyane set Brooks up for a title fight against reigning ONE strawweight titleholder Joshua Pacio from Team Lakay in the Philippines. At 26 years old, Pacio is three years younger than Brooks, but he has held the title on and off since Sep. 2018, when he took the belt from Japan’s Yoshitaka Naito. In Jan. 2019, he lost the belt in a very controversial split decision to Yosuke Saruta, before winning it back with a wild head kick only three months later. Since then, Pacio has defended the belt three more times, but hasn’t seen the inside of the cage since Sep. 2021.

Brooks and Pacio were scheduled to fight for the title last June, but the fight ended up being scrapped only a week out. While the narrative was that Brooks allegedly suffered some sort of undisclosed injury, the American sets the record straight.

“Their whole team blamed it on me, but it actually was actually their media obligations to the ONE Warrior Series in the Philippines that they’re airing now,” Brooks said. “They wanted to make me look like I was a pussy, but it was that.”

Brooks has been very vocal in calling out Pacio since his fight with Minowa. So, for Pacio’s team to suggest he was the one that pulled out seemed a bit suspect. However, the two will now meet in the main event of ONE 164 on Saturday, Dec. 3, live from the Mall of Asia Arena in Manila, Philippines, about four-and-a-half hours south of Team Laky’s headquarters.

Obviously, Brooks has been preparing for Pacio for quite some time now. He feels he is more than ready to take the strap away from the Filipino champ.

“He’s a young guy,” Brooks said. “He started as a champion as a young fighter. You got to give him props for you know ruling like that – how he has been – but, you know, he’s been beat. He’s shown that he can come back from those losses. I’m not gonna take anything away from the kid, but the dude’s just not on my level. He’s not on the same spectrum as I am, and I’m gonna definitely prove that here in the next few days. I would say he’s pretty smart with his fight IQ. I think that his jujitsu is a little stronger than your average Filipino on the ground. I’m prepared for everything that he’s going to try to bring. I’m going to be prepared for five rounds. This guy’s from the higher locations, so definitely in shape, so I’ve just been working on my conditioning to be prepared to go five rounds. But I don’t think this is going to be going five rounds. I think it’s going to be done in as late as three.”

Brooks primarily trains under his longtime coach James Lee, previous creator of the Mash Fight Team. While some outlets incorrectly connect Brooks to the Mash Fight Team in Detroit, he has never actually trained at that gym. In addition, having such a long camp this time around, he made some training trips as well.

“I’ve just been going hard, like traveling and trying to find different people to roll with, you know? Brooks explained. “I’ve been getting out of my comfort zone just trying to get different looks, to be honest. I have been to Puerto Rico. I went and rolled with Oliver Taza and his folks. Then, I went and boxed in Illinois with some of my boys. I’ve been traveling all around Michigan too, man.”

In addition to a lot of strength and conditioning, playing sports, and training, Brooks also holds down a regular job to make some extra money. He is currently a regional manager for three Tropical Touch spas, which are owned by his coach. However, his sole focus right now is ONE gold. That has been his goal since entering the promotion, and he has no plans to slow down. Earning that strap will once again prove that what the UFC threw out is ONE Championship’s huge score.

“This is probably the biggest strawweight fight that anybody has ever seen,” Brooks said. “It might be one of the biggest fights in ONE. In the build-up to this, I think people have been sleeping on it. And it’s going to bring ONE to the United States in a hell of a way.”

ONE 164: Pacio vs. Brooks airs live in its entirety on the ONE Championship website starting at 5:30 a.m. ET.