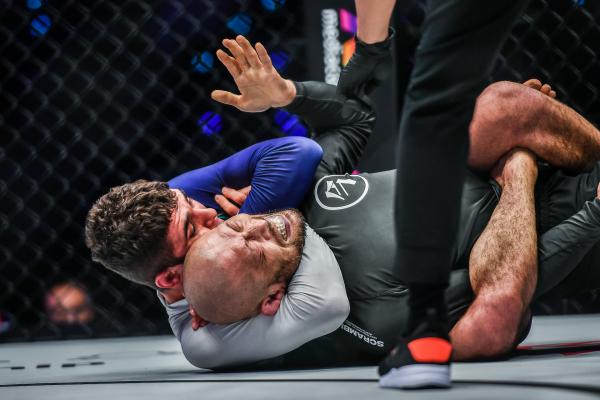 Mikey Musumeci to Defend His ONE Championship Belt Against Sayan Khertek

ONE Championship returns to Bangkok and the Impact Arena on Friday, Jan. 13, for ONE on Prime Video 6: Superbon vs. Allazov, and the riveting event now has a submission grappling world title tilt as its co-main event.

As announced by the promotion, ONE flyweight submission grappling champion Mikey Musumeci will put his gold on the line against multiple-time Sambo world champion Sayan Khertek.

Khertek will make his promotional debut after grabbing the 2022 Sambo world championship, and he will be attempting to stem the tide of the recent sambo vs. BJJ series in ONE, in which all three bouts have gone to jiu-jitsu athletes.

It is a matchup that divisional king Musumeci has been calling for recently, following comments made by mixed martial arts legend Khabib Nurmagomedov. After the Russian icon stated that sambo is a more difficult sport, Musumeci replied via social media that he would like to take on the best Sambo athlete in his weight division. He has now got his wish and gets to put his strap on the line in U.S. primetime.

Musumeci has ascended to the top of the jiu-jitsu world in 2022, and he became a household name when he claimed the inaugural ONE flyweight submission grappling world championship in September. The American grappling ace can get his 2023 campaign started with a bang by continuing BJJ’s string of dominance over sambo athletes.

The star-studded lineup of ONE on Prime Video 6 will help ONE start the new year on the right foot, as the organization continues to elevate the world of submission grappling to new heights.

ONE on Prime Video 6 airs at 8 p.m. ET on Friday, Jan. 13. The event is free for all Amazon Prime subscribers based in the U.S. and Canada.