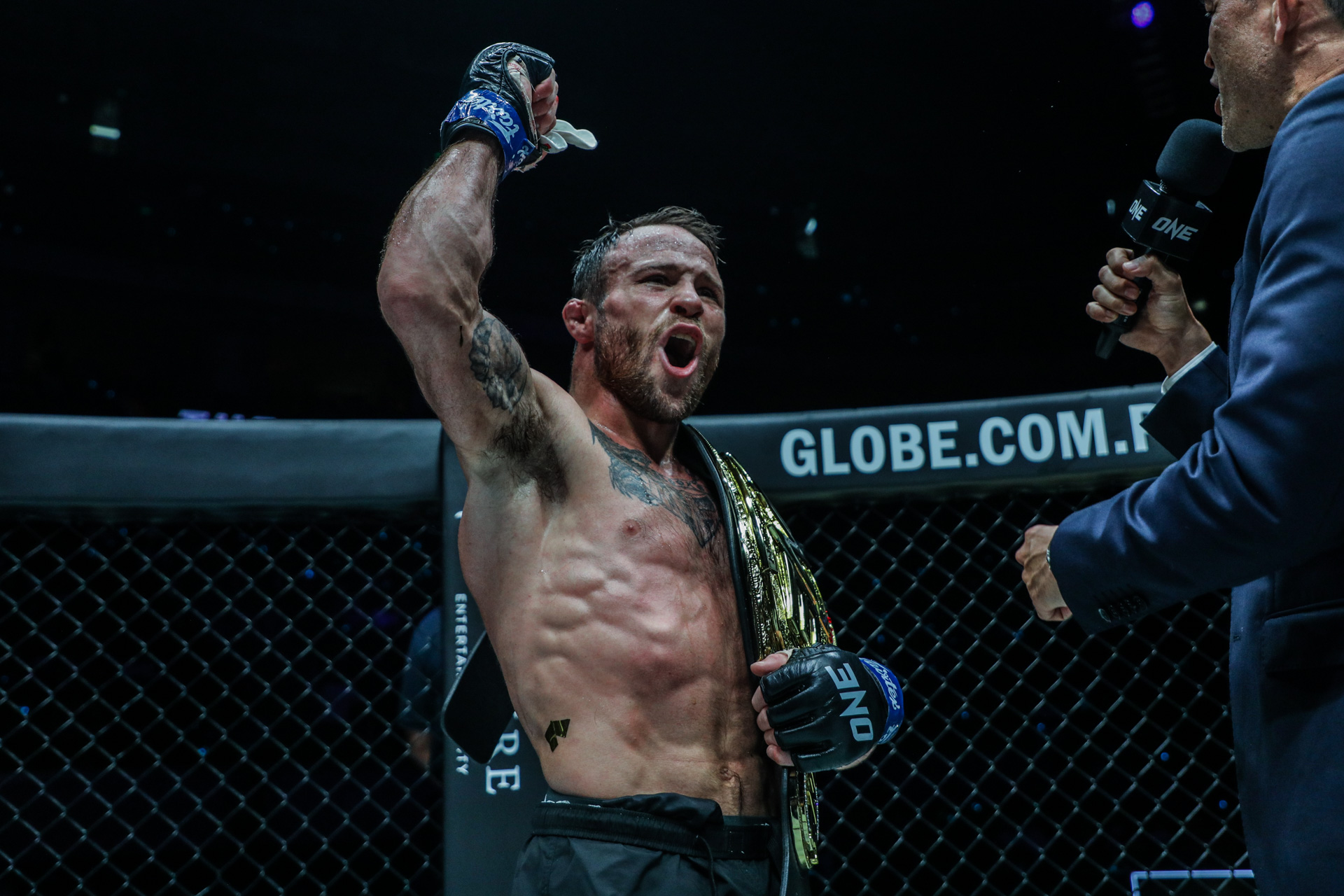 Jarred Brooks Praises ONE Championship Above All Else

Jarred Brooks was overcome with emotion when he claimed the ONE strawweight championship from Joshua Pacio at ONE 164 this past Saturday, Dec. 3, but it was his post-fight interview that the world’s attention.

Brooks joined ONE Championship in 2021 and was an instant contender in the strawweight division. The American talent picked up key wins against the division’s top contenders and forced his way into a title shot against Team Lakay’s Pacio. After five hard-fought rounds, Brooks took home the strap via unanimous decision.

When giving his post-fight speech, Brooks stated, emphatically, that ONE was a better organization than the UFC. And he has first-hand experience in both organizations to make that claim.

“I love this promotion. This is the best promotion in the world, and I’ve been treated like royalty. With all due respect, this is way better than the UFC,” Brooks said.

To understand why Brooks said what he said, one must return to his time in America’s top mixed martial arts promotion. Brooks was a player in the flyweight division, but he was never promoted as such. He had a very controversial loss to future ONE flyweight champion Deiveson Figueiredo, and he was unexpectedly released from his contract following a victory.

After picking up wins in Rizin, Brooks signed with ONE – and immediately he was treated like a star.

If anyone went to ONE’s social media pages when Brooks had a matchup on the books, they would see him being promoted. Brooks has been able to showcase his skills in the Circle and his personality outside it, something that was not the case at previous promotions.

Brooks is not the only one heaping praise onto ONE. UFC lightweight champion Islam Makhachev recently commented on how well the organization treated its athletes. Cosmo Alexandre, after retiring inside the Circle last month, commented that he would like a role within the company to continue its growth in Brazil. Anatoly Malykhin, who became a two-division World Champion at ONE on Prime Video 5, has also stated he wants to work with ONE after his competitive career is over.

There is something to be said for how athletes are responding to ONE. It goes a long way, and it is a major reason why they landed a signing like Roberto Soldic – the hottest free agent in mixed martial arts.

Brooks taking time to acknowledge this after his most important victory speaks volumes, and fans and prospective athletes should definitely take note.