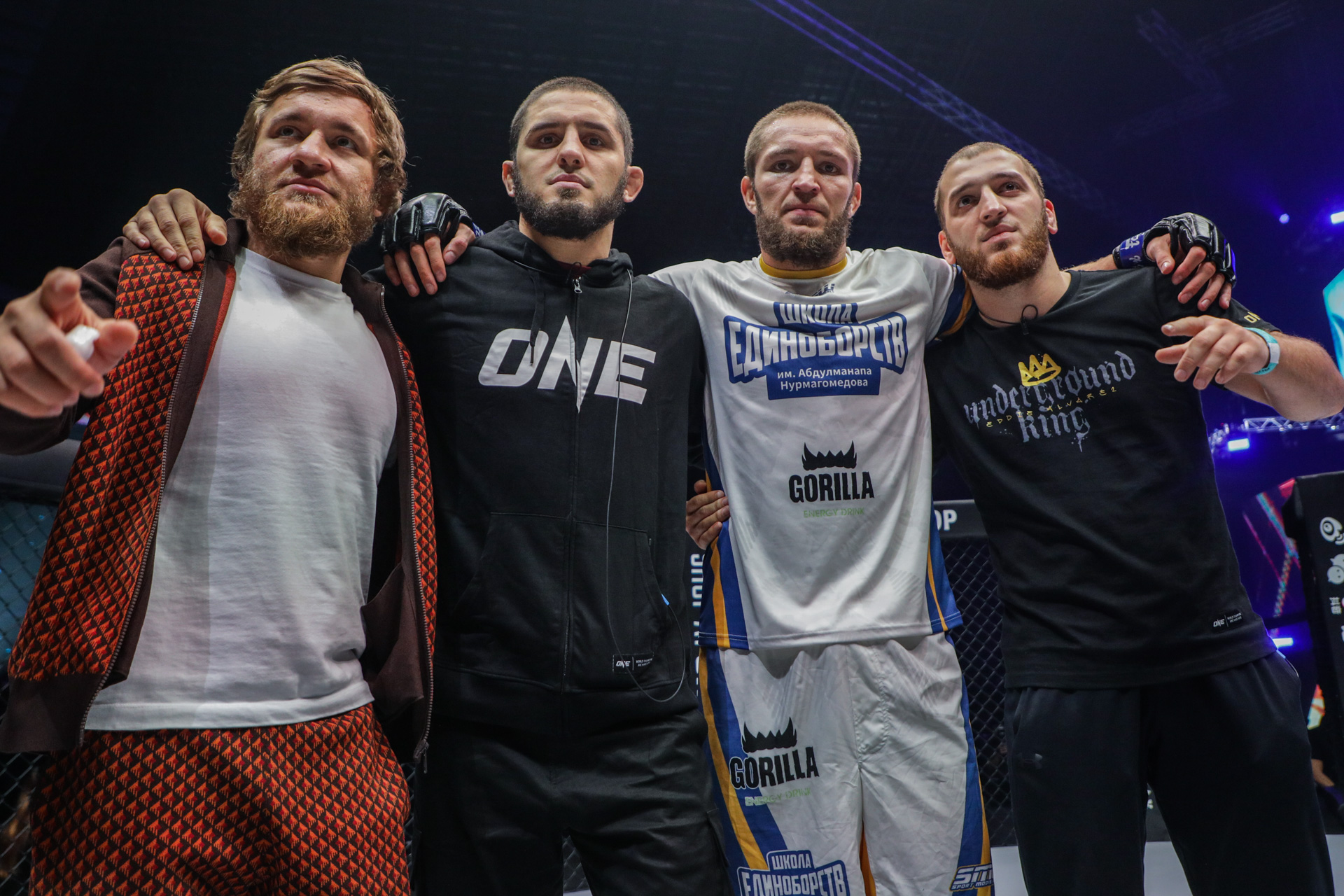 Christian Lee came through with another impressive performance at ONE on Prime Video 4 on Friday, Nov. 19.

The ONE lightweight champion added the welterweight title to his collection with a thrilling comeback TKO against former divisional king Kiamrian Abbasov in the main event. There was one spectator, in particular, who took note of the Hawaiian resident’s showing.

UFC lightweight champion Islam Makhachev was in attendance at the Singapore Indoor Stadium, as he was cornering Saygid Izagakhmaev at ONE 163 the following day, and he liked what he saw from “The Warrior.”

“It is not a coincidence that he is champion in two weight divisions, but I think the next two fights in his career will be the hardest for him – Saygid Izagakhmaev and Murad Ramazanov. So, as talented as he is, he might lose his belts very soon, whether he wants it or not,” Makhachev said.

But the UFC king may be getting one step ahead of himself as it pertains to the welterweight division. Murad Ramazanov may be undefeated thus far, but he has a massive challenge ahead of him at ONE on Prime Video 5: De Ridder vs. Malykhin on Friday, Dec. 2.

That evening, Ramazanov will welcome Roberto Soldic to the ONE Championship Circle in a potential eliminator bout in the welterweight division . Soldic has been one of the most talked about names in the sport over the last year, and he’ll be looking to take a big scalp in his first outing.

Along with him getting a chance to check out his global competition, Makhachev also got a chance to see how a ONE event went down last week. The Russian was nothing but complimentary about what he saw from Asia’s largest sports media property, and he especially credited the way it treated its athletes.

“To be honest, I am surprised by ONE’s level and the way the promotion takes care of the fighters during the fight week. It is very impressive and says a lot about the promotion,” Makhachev said.

With a champion vs. champion crossover bout unlikely, the Russian superstar is throwing his full support behind his friend Izagakhmaev. After thoroughly dominating Shinya Aoki in their lightweight contest, Makhachev believes a World Title tilt with Lee should come next.

“First, Saygid was very well-prepared for this fight. Second, the ONE belt motivates him. It’s his goal, and I do not think anyone can stop him. I think a fight for a belt with the champion will be especially good,” he said.

ONE on Prime Video 5: De Ridder vs. Malykhin airs free to all Amazon Prime members in the U.S. and Canada on Friday, Dec. 2, at 8 p.m. ET.