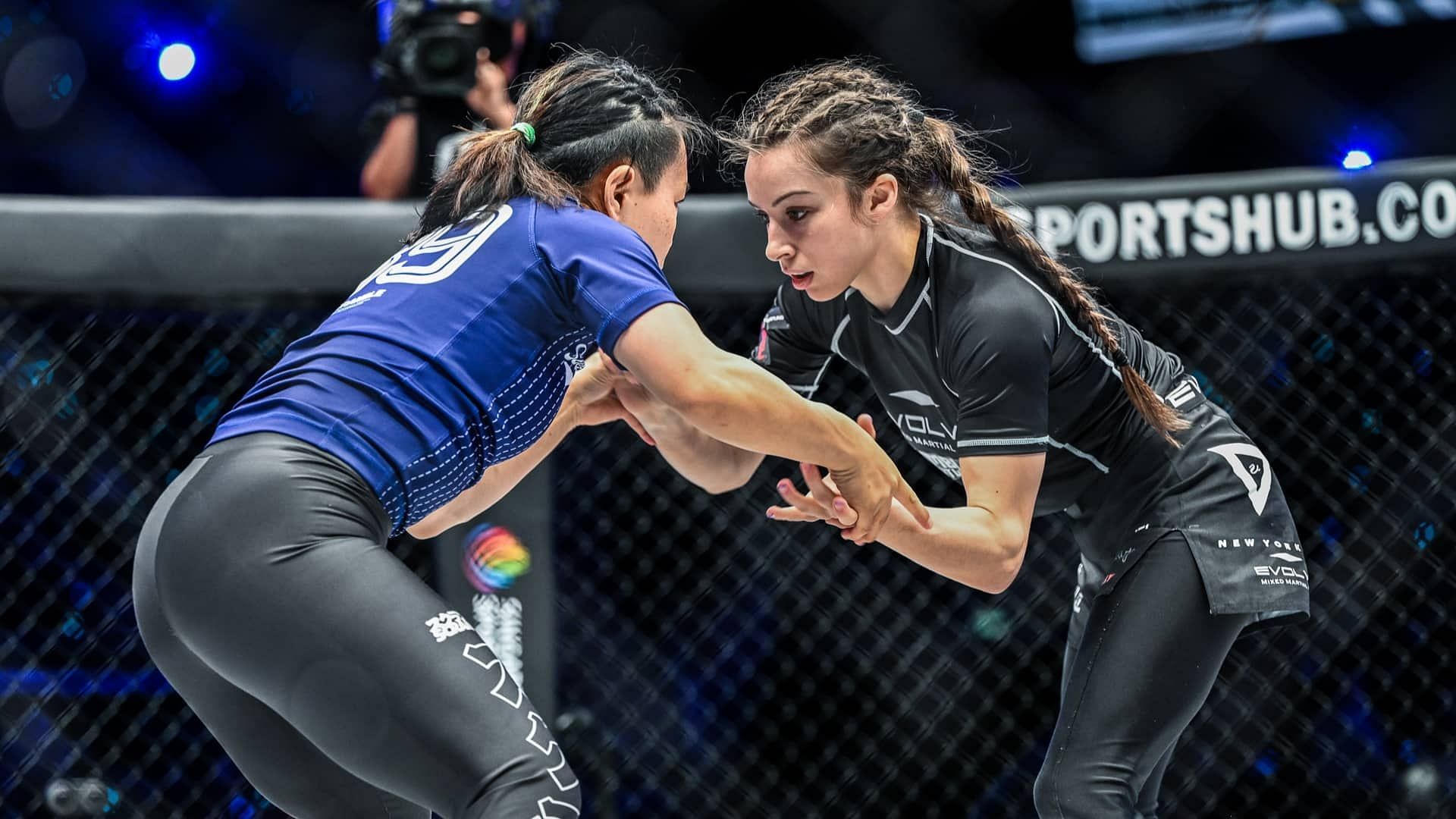 American grappling star Danielle Kelly burst onto ONE Championship’s global stage at the promotion’s 10-year show, ONE X, in March.

The 26-year-old dynamo put in a bonus-winning performance against Mei Yamaguchi in their submission grappling match that evening, and now she is set to return at ONE on Prime Video 4: Abbasov vs. Lee on Friday, Nov. 18, against Russian Mariia Molchanova.

The matchup will continue the battle between jiu-jitsu and sambo under the bright lights that recently saw BJJ star Kade Ruotolo claiming the inaugural ONE lightweight submission grappling championship over Sambo world champion Uali Kurzhev.

Kelly’s focus is on jiu-jitsu, while her upcoming opponent is a world champion in Sambo. But she remains unfazed by what Molchanova will offer, given her knowledge of the Russian grappling art.

Kelly noted that sambo utilizes the gi, and without it, she expects her opponent to struggle inside the Circle. The New Jersey native feels that Molchanova utilizes a strong grip on the gi for a lot of her takedowns, which won’t be possible in their match. Therefore, she will be hampered when trying to control the American star.

The ground specialist is also aware of her opponent’s aggressive nature to attack submissions. However, in this matchup, she doesn’t believe her Russian foe will be as forthcoming.

But with the global ruleset favoring submission attempts and penalizing stalling, she knows her opportunity to engage will come much sooner than later.

“I’m definitely going to try to engage with her most on my part, but I feel like she might try to avoid engaging with me. So, I know that the rule set – for a certain amount of time, if you’re not engaging, you get a stalling point, so she’ll have no choice but to engage with me,” the Silver Fox BJJ athlete said.

Even with Kelly’s supreme confidence ahead of the bout, which will be free for all U.S. and Canadian Amazon Prime subscribers, she is aware that any small mistake could result in a loss. The prospect of taking a loss in U.S. primetime has kept her dialed in on the task at hand.

“There’s a stupid quote, it’s like, ‘It’s lonely at the top.’ But it kind of makes sense in this case because you’re training for a goal, and you want to accomplish that goal. So you do whatever it takes to get to that goal,” said Kelly.

As for a prediction? Kelly is sure to be emphatic about how she expects to make quick work of Molchanova.

“I’m going to say under two minutes. I’m just giving her an extra minute to be nice. Hopefully, she engages with me, so it doesn’t drag out,” said Kelly.