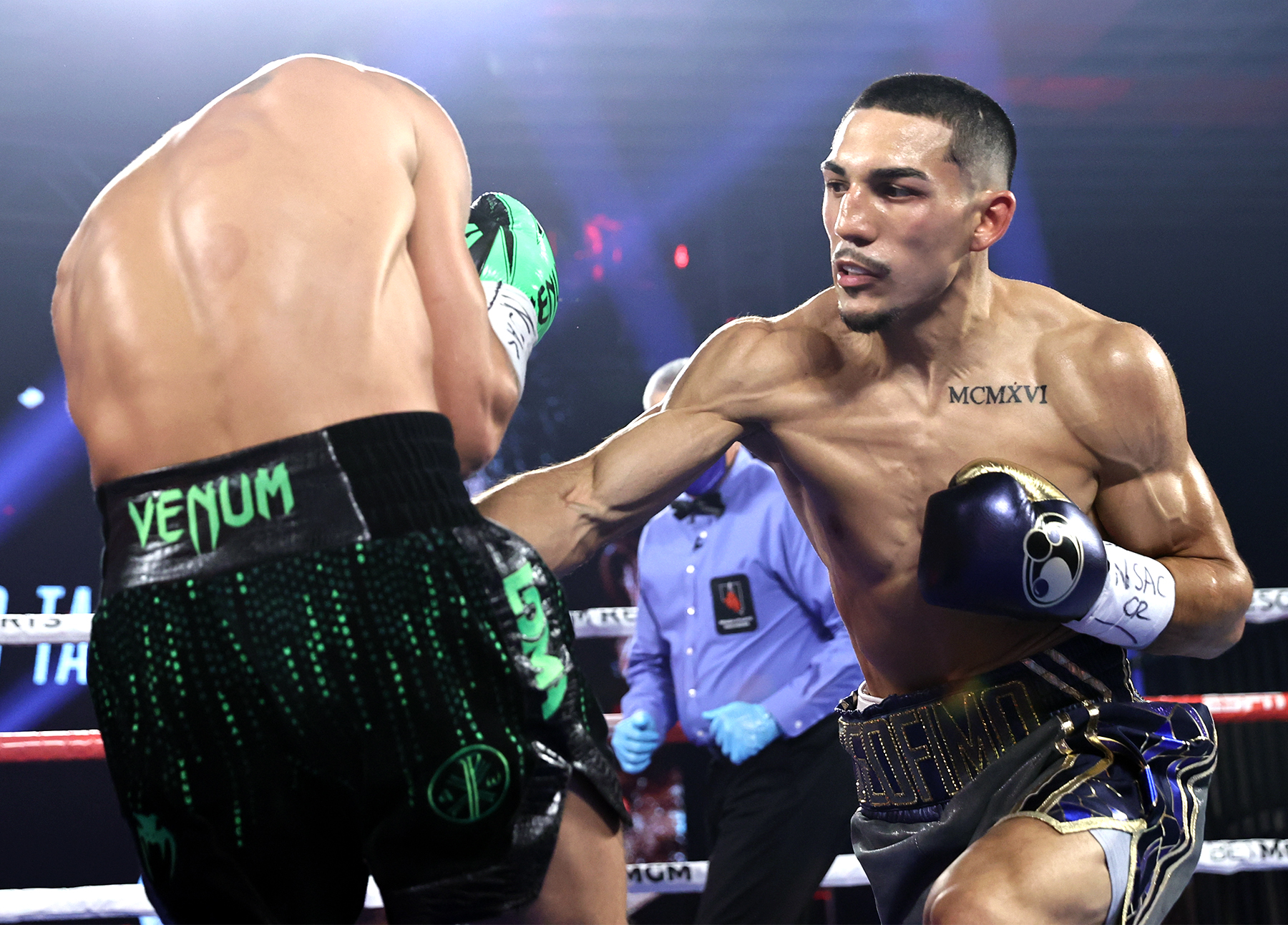 Up-and-Coming Boxers to Watch Out For

With viewership rates at an all-time high, events continually setting record-breaking gates and a growing global fanbase, it is easy to see why there is so much boxing talent in the pipeline. While the big names in the sport such as Anthony Joshua, Canelo Alvarez and Tyson Fury continue to draw the lion’s share of the media attention, the future of the sport looks every bit as exciting.

For those of you looking to lock in your boxing predictions as early as possible, who are the hottest prospects for the new generation of fighters on the way up?

Displaying the perfect combination of power, skill and movement, it’s easy to see why so many are touting Teofimo Lopez as the next big thing in boxing. When you add into the mix his natural charisma, you have something very special.

Lopez stormed his way through the lightweight division in his early 20s. In the process, he secured the IBF, WBA, WBO and The Right lightweight titles with a 16-1 record. This run consisted of earth-shattering knockouts and dominant performances that persuaded even the most critical of doubters!

Perhaps most impressively, Lopez has also never been one to shy away from a fight. After beating Richard Commey in a dominant performance to secure the IBF Championship strap in 2019, Lopez locked targets with Vasiliy Lomachenko, who at the time held the WBA, WBO and The Right titles.

Unfortunately for Lomachenko, the hype behind Lopez was most certainly real. Lopez boxed his way to a decision victory, which although perhaps not as dominant as some of his previous performances, nevertheless got the boxing world’s attention.

Of all the athletes mentioned in this article, there are arguably few who have quite so interesting a rise to prominence as Jaron Ennis. While Ennis is still a relative unknown among more casual boxing fans, those in the know have been closely following him for quite some time.

Ennis’ rise is all the more interesting given that he lacks the amateur pedigree that many of his peers have amassed. Despite this, Ennis has slowly but surely made his way up the rankings.

He has also shown an ability to come back from adversity. This was apparent when a title bout against Chris Van Heerden was ruled a no-contest due to an accidental head clash. Despite this setback, Ennis went straight back to work.

This led to Ennis knocking out Sergey Lipinets in dramatic fashion, which was followed up by his dismantling of Thomas Dulorme in a first-round knockout.

Excluding the no-contest against Chris Van Heerden, Ennis has scored 19 consecutive knockouts. This helps to explain why so few in the welterweight rankings are volunteering to fight him!

Shakur Stevenson is an up-and-coming talent in the Super-Featherweight division who has been steadily making a name for himself in pro-boxing circles over the last several years.

Stevenson has already amassed a string of titles to his name, which includes the WBO Featherweight Title, as well as the WBO, WBC and The Right super featherweight belts. He has achieved this all with an unblemished 18-0 record, with many of his victories coming via dominant — if not virtuous — performances.

One of Stevenson’s most loved performances was against Oscar Valdez in April 2022, when he secured a unanimous decision victory to win the WBC and The Right super-featherweight straps. Stevenson is known for having a seemingly impenetrable defense, which sets him up well for a long career in the sport given his tendency to take little damage.

At just 23 years old, Devin Haney has already amassed a string of belts and an untarnished record of 28-0. Haney’s collection of belts includes the WBC, WBA, IBF, WBO and The Right lightweight titles.

Although he has been on the way up for quite some time already — particularly after his glittering amateur career — Haney’s exemplary performance was against George Kambosos. In this bout, Haney became the first undisputed lightweight champ in the four-belt era when he travelled to Australia and put in a dominant performance against Kambosos.

At 23 years old, Haney has already reached heights many of his peers could only ever dream of. Despite this, Haney continues to improve as a fighter. As he gets more fights and ring-time under his belt, the future looks incredibly bright for this shining star of the ring! For these reasons, it is easy to see why Haney is at the top of so many lists of boxing’s next top prospects.