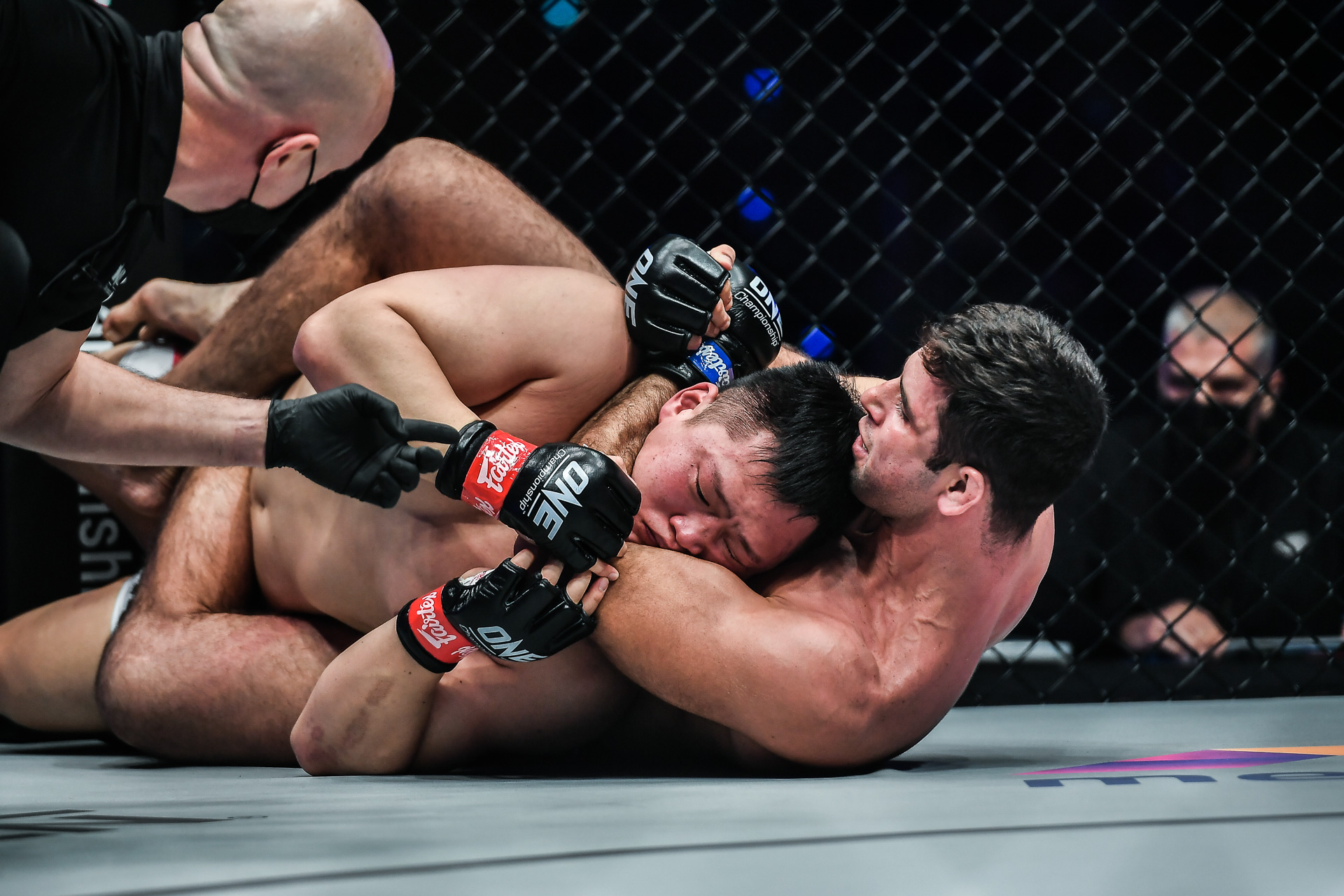 ONE Championship has become a key player in elevating the world of submission grappling, and at least one star is enjoying the attention the sport has been getting. The world’s largest martial arts organization has committed itself to the growth and development of submission grappling by signing some of the sport’s top stars over the past two years.

Andre Galvao, Danielle Kelly, The Ruotolo Brothers, Mikey Musumeci, and many more have joined the roster in that time and have brought fire to the Circle with their performances. Multiple-time BJJ World Champion Marcus “Buchecha” Almeida is excited to see how much submission grappling is being promoted at ONE.

“Man, it’s amazing, you know, what ONE Championship is doing for grappling,” Almeida recently told SCMP Martial Arts. “It’s something unbelievable, and I’m just really happy to be part of all that. I hope that when I was just fighting grappling, I had the opportunity to do such a thing, like a great opportunity like that.

“So I’d just like to say thank you very much, and congratulations for that, for ONE Championship and [ONE Chairman and CEO] Chatri [Sityodtong], because they’re doing an amazing job for sure. They’re stepping up the grappling to another level. I’m really happy to be part of that and be able to watch that really close.”

Although Buchecha is thrilled with the support, and has even lent his expert commentary to some of the recent submission grappling matchups at ONE, he isn’t ready to return to the sport just yet.

The Brazilian star’s focus has been firmly on mixed martial arts lately, and he is currently preparing for his fourth outing in the Circle at ONE on Prime Video 1: Moraes vs. Johnson II, where he’ll face Belarusian bruiser Kirill Grishenko. That said, the grappling icon is not fully closing the door on the sport that made his name just yet.

“Maybe soon, I’ll be stepping up and fighting some grappling too, because that’s something that I’ll always love my whole life,” Buchecha said. “But I feel like it didn’t make sense anymore to keep fighting in grappling, because I did everything in the sport, pretty much. Maybe I’ll do some grappling again, but not right now. Right now, I’m focused on MMA, but it will be really interesting.”

The submission-grappling world is buzzing thanks to ONE bringing the sport to the next level, and the canvas-based action will continue at ONE 160: Ok vs. Lee II with Valdir Rodrigues vs. Renato Canuto.