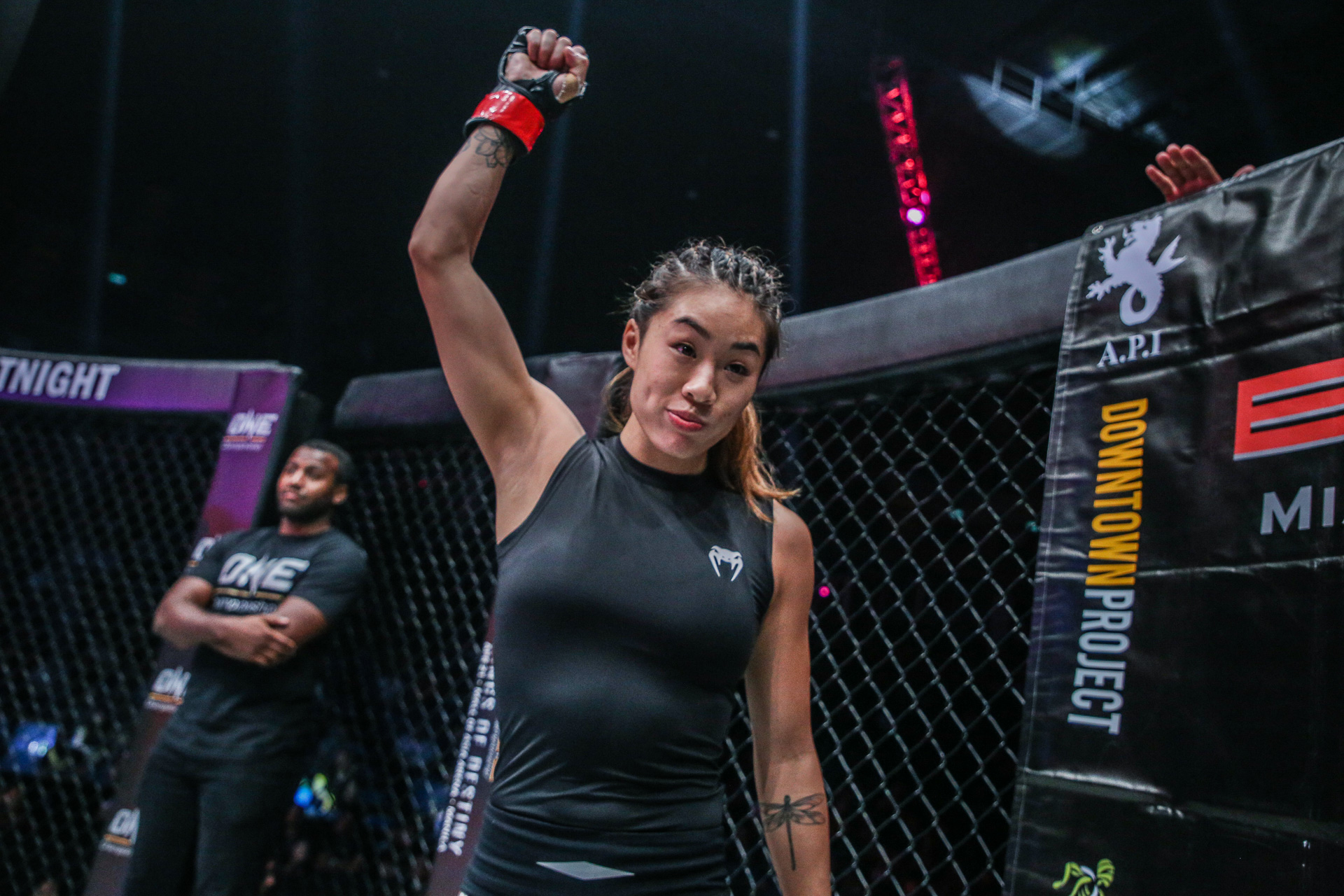 There could be a budding rivalry emerging in ONE Championship’s women’s atomweight division.

While on the dais, Kelly discussed her thoughts on moving from submission grappling to mixed martial arts, and why her focus is still on BJJ. She also threw some shade at Lee when discussing a prospective submission-grappling battle with the United MMA star.

“It’s definitely a possibility, but I want to be comfortable first,” Kelly said. “I also feel like I need to accomplish more in jiu-jitsu. I want to challenge myself, and if that time comes, it’ll come.

“I wouldn’t be opposed to [a submission-grappling match with Lee], but I’m a jiu-jitsu person, so I’ve been focused on legit grapplers, but if they want to give me that match, I’ll take it in a heartbeat.”

Lee had a chance to offer her thoughts on Kelly’s answer when she was asked about them by Thiccc Boy Studios in a scrum following last Wednesday’s official press conference.

“Honestly, this whole thing about Kelly and how she was at the press con, and seeing her over the past few days, she seems like she’s a little bit so into herself, right?” said Lee. “I don’t got time for that, honestly. I’m focused on the big fights right now – my title defense, or moving up in weight, capturing that second belt, so I think she’s just trying to drag me and pull me in, get herself a big fight. I’m just going to tune her out.”

While the champion may try to tune out the noise from Kelly, it appears as if the two may have a score to settle inside the Circle sometime in the future. Will it be in a submission grappling match to see if Lee is a legit grappler, or will Kelly work her way up the ranks to challenge for Lee’s world title?

The future seems like it could be spicy in the atomweight division one way or the other.